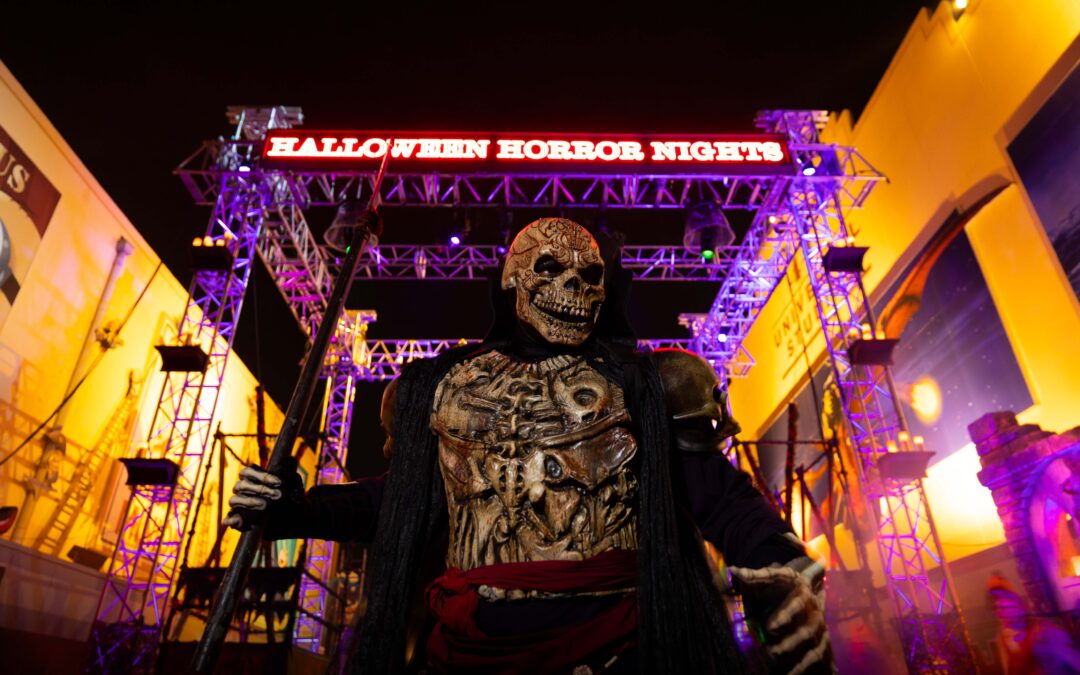 "YOU'RE going to Universal Orlando's Halloween Horror Nights?" said my best friend Savannah, "That's a bad idea." She had a point. I had nightmares for weeks after my cousins made me watch The Ring and I don't think I've ever fully recovered from watching The Exorcism of Emily Rose in high school. I am a certified chicken, a complete wimp if you will. Fear is just not my thing. But I had free tickets to Universal Orlando's Halloween Horror Nights, so I decided to put on my big girl pants and go.

NO TIME TO READ NOW? PIN IT OR BOOKMARK TO ENJOY LATER! 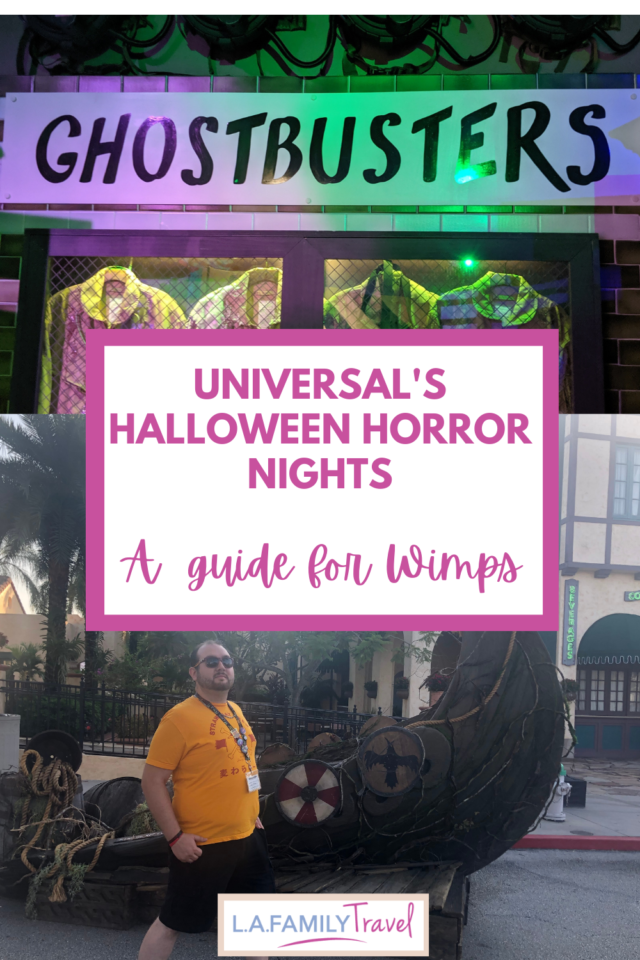 What Is Halloween Horror Nights?

Halloween Horror Nights is the country's premier Halloween event. In its 30th year, the event is held annually at both Universal Studios Florida and Universal Studios Hollywood. There are 10 haunted houses, 5 scare zones, scary shows and mazes to walk through. It's a major event and it's scary. Universal recommends the event for ages 13 and up. Now, they don't enforce that as a policy, it's only a guideline. So if your 11-year-old loves all things horror, go for it. I've read stories of people taking much younger children and I saw some little kids there myself. You know your kids. But be careful, I'd hate for you to shell out $70+ a ticket only to leave after a few minutes because your kids are so spooked. If you're not sure if your kids can handle it, you might want to test it out with a cheaper local event, like a neighborhood haunted house.

Please note that Halloween Horror Nights is a specially ticketed event. It is not included in regular park admission. There are two ticket options with prices that vary depending on the night you choose: a one-day pass ($69-$99) or multi-days that let you come back for either 26 days ($199) or 32 with no blackout dates ($329). And tickets do sell out, so make sure you don't miss out and buy them ahead of time! Operating hours begin at 6:15 pm available with an advanced (no extra charge) early admission to the mazes! 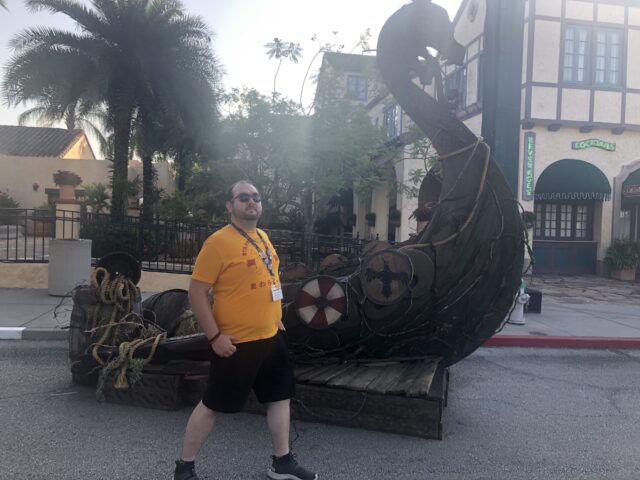 My husband is living out his fantasies of being a Viking at Universal Orlando.

Throughout the park, there are specially designated areas where you will find scare actors dressed as Universal monsters roaming about in full makeup. Don't think you can just avoid scare zones all night, they are usually at choke points where you have to walk through them to get to the rest of the park. You also frequently have to go through one to exit the park, which is something to keep in mind if you think your kid is going to flip.

The actors in these zones will try to scare you, however, they are not allowed to touch you. If you ask nicely, I have seen them pose for selfies.

Pro Tip: Get a snack and sit on the edge of a scare zone for some great people watching

I have seen scare actors walking around the theme parks in non-scare zone areas, with chainsaws and the like. However, you won't find any scare actors in the ride queues, the Harry Potter themed areas, or the bathrooms. If you need a little break from being spooked, that's where you'll want to head.

Actually, Halloween Horror Nights was my favorite time to visit Diagon Alley in Universal Studios Orlando, as it was dead in there, we practically had the place to ourselves (haha).

The wait times for the most popular houses can get pretty crazy, so be prepared! Especially since this didn't operate last year. If you really want to hit all the houses, you might want to spring for a Halloween Horror Nights Express Pass. If you really want to splurge, you could go for a RIP tour and have tour guides show you around and give you tips of the haunted houses. The houses are typically themed around popular Universal horror franchises. 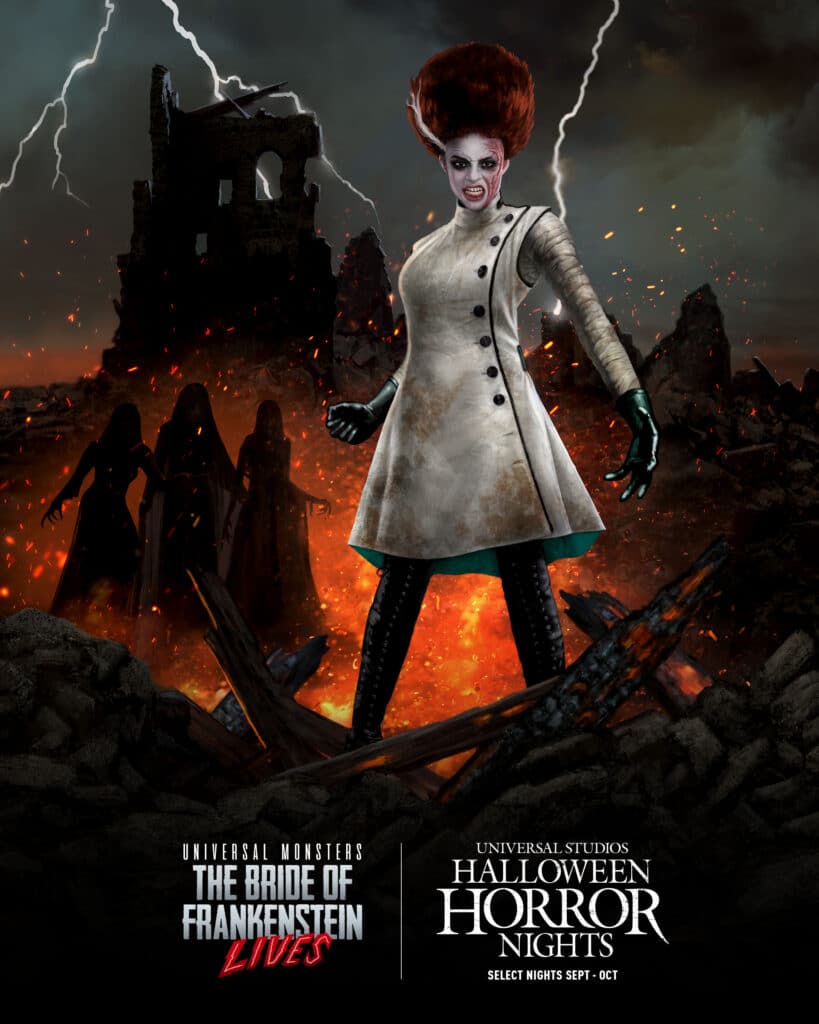 Universal is focusing on classic horror movies this year to celebrate 30 years of fear! Photo Courtesy of Universal Orlando

In 2021, Universal is focusing on classic horror roots franchises like The Bride of Frankenstein Lives and Texas Chainsaw Massacre.  Plus, some new ideas like The Haunting of Hill House, Revenge of the Tooth Fairy ( a "heinous realm of blood, teeth, and gore where the tooth fairy isn't the same one you grew up") and Puppet Theatre: Captive Audience (and who doesn't love bloodthirsty puppets or even killer klowns?). 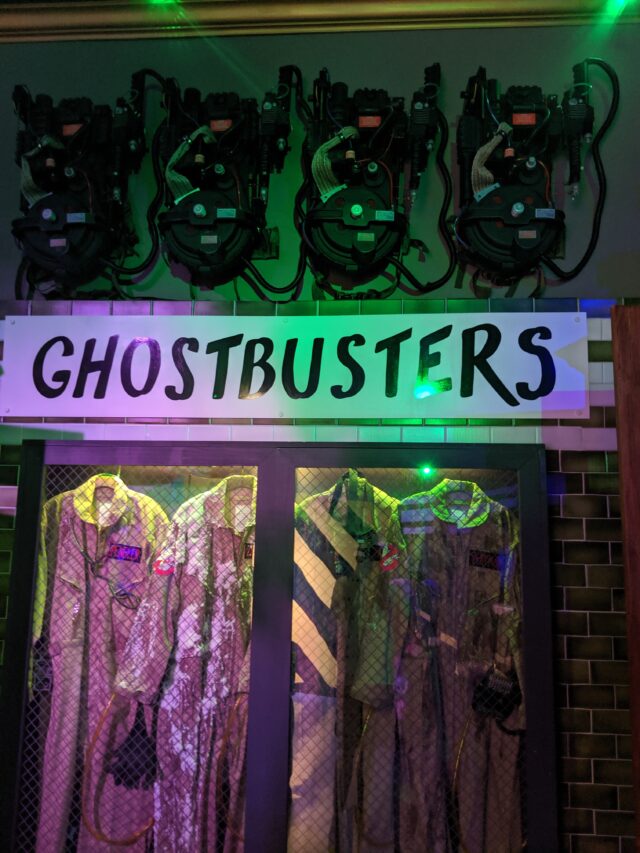 I'm not even an 80's kid, but I still loved the Ghostbusters house! Photo Courtesy of my husband Bruce.

There is usually one house that isn't as scary as the others, if your kids aren't so sure, that might be a great place to start. For example, in 2019 there was a Ghostbusters themed house, which, as a fan of 80s movies and a chicken, was my favorite (I wasn't doing the Stranger Things house!). This year there is a Beetlejuice house!

Most of the rides are open and operating during Halloween Horror Nights. Because most of the attendees are there for the houses and scare zones, the wait times for the rides are usually pretty short. If you need a little break from all the scary fun, hop into line for a ride. My husband and I have literally walked right onto even brand new or popular attractions during Horror Nights. We had an entire car to ourselves at Fast and Furious, and it was a new ride! The Harry Potter-themed areas are also a great place to take a break from the jump scares if you need to.

Universal goes all out! You can get most things that are served during the day in the park, as well as special foods like Pizza Fries, which are fries topped with pizza sauce, mozzarella cheese, pepperoni and sausage. You can also get a wide variety of both alcoholic and non-alcoholic beverages. If nothing in the park is speaking to you, you can dip out to Universal Citywalk, get food and return.

Whether you're a horror fan or a wimp like me, there's tons of fun things to do at Universal's Halloween Horror Nights

Halloween not your thing? Have little kids? On a tight budget? Not into all that scary stuff? You're in luck because there are a few fun Halloween things to check out that don't include dropping almost $100 for a Halloween Horror Nights ticket.

You can visit Universal Citywalk (in both Orlando and Hollywood) for free during event nights. While Universal Citywalk doesn't officially have Halloween special events, I have seen live entertainment with stilt walkers and dancers wowing the crowd. The stilt walkers and dancers' costumes were awesome, but they definitely weren't as scary as the scare actors in the park. It was nothing scarier than you would see trick or treating in my neighborhood, although better executed. Sorry kids in my neighborhood, but you'll never pull off costume and makeup like the professionals at Universal.

There are also Halloween-themed stores available for shopping inside the parks, which you can access during the day with a ticket or are annual passholders. If you're there during the day, you can also see some of the decorations (don't worry, they cover up anything too gory for day guests).

If you're wondering at this point "should I go?" I have a simple question to ask yourself to help decide. If you are like my friend Savannah, you love everything Halloween, you handmake your costumes, you have a Halloween countdown clock etc. Then YES you should absolutely go! You'll have a blast! If you're a wimp like me who is being dragged there by your husband, you should still go, just hang out in the Harry Potter areas with me all night. I'll buy the first round of butterbeer.

If you're visiting Universal Studios Hollywood, use this interactive map to find a home or hotel to stay in during your trip!

Or if you're heading to Universal Studios Orlando, use this map to find great accommodations: 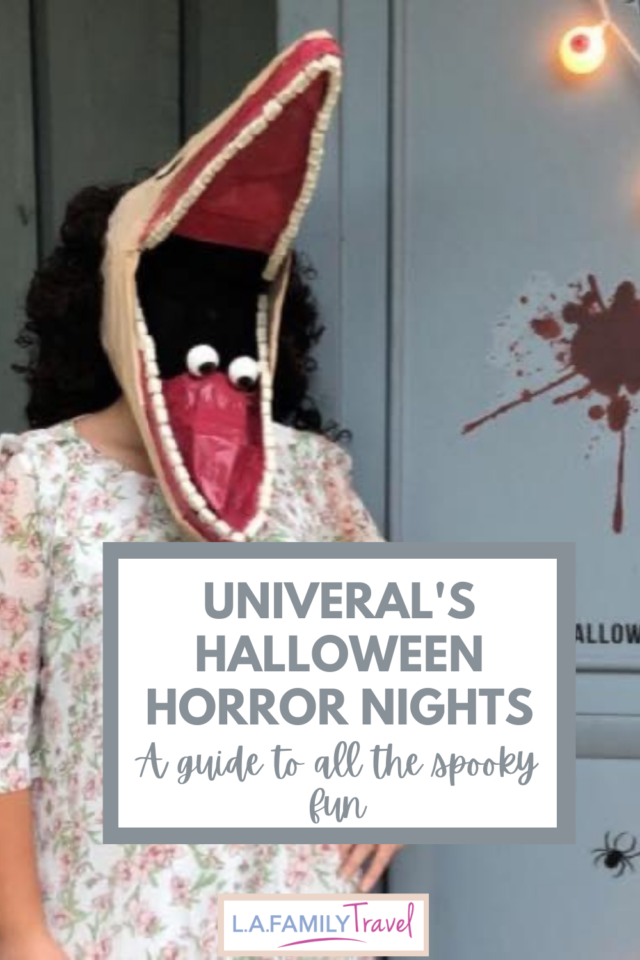 Emily Householder Stacey is a travel advisor and writer based in sunny Alliance Ohio. She's kind of a wimp when it comes to Halloween, she much prefers fun Halloween things like The Nightmare Before Christmas. Scary Halloween movies give her, like actual, nightmares.