Most Awesome Things To Do In Cleveland With Kids 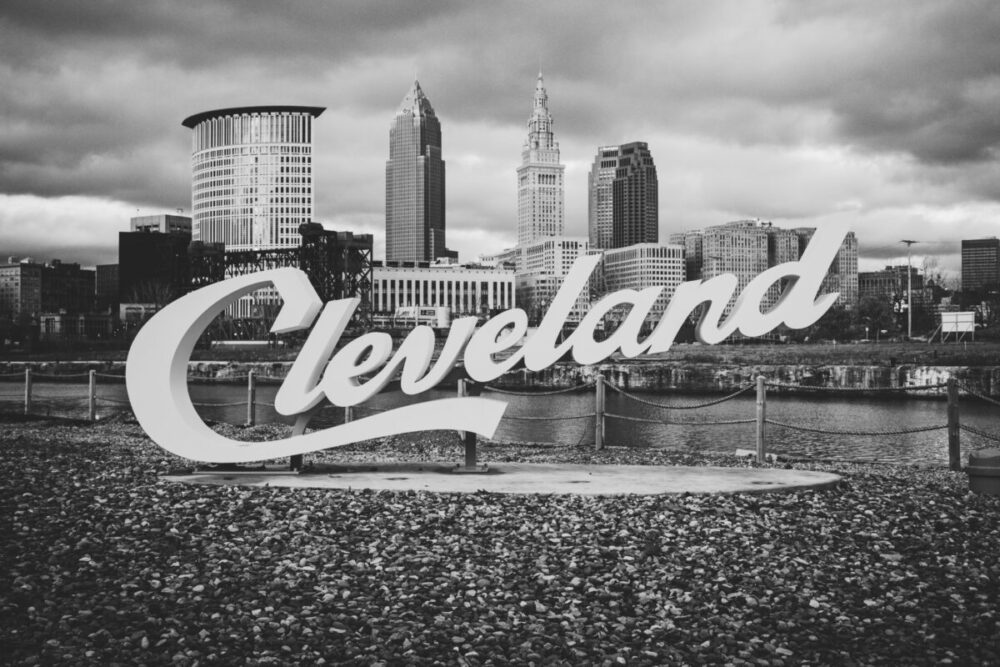 I know my hometown doesn’t have the best reputation. After all, we sometimes get called the “Mistake on the Lake.” The idea of Cleveland being a center of tourism was such a joke, a local comedian made a fake tourism video when Cleveland hosted the MLB all-star game. But that perception is finally starting to change. National Geographic ranked Cleveland as one of the best places in the world to visit in 2018. Cleveland, the city, has beaches, an amusement park, many museums including the Cleveland museum of art, theatre, a national park, and other fun things within an hour’s drive. We are a city that has something for everyone.

Contents hide
1 Cedar Point
2 The Rock and Roll Hall of Fame
3 The West Side Market and Ohio City
4 Playhouse Square
5 The Cleveland Metroparks Zoo
6 Professional Sports
7 When You Go
7.1 Getting To Cleveland From LA
7.2 Where to Stay In Cleveland
7.3 Where to Eat In Cleveland With Kids 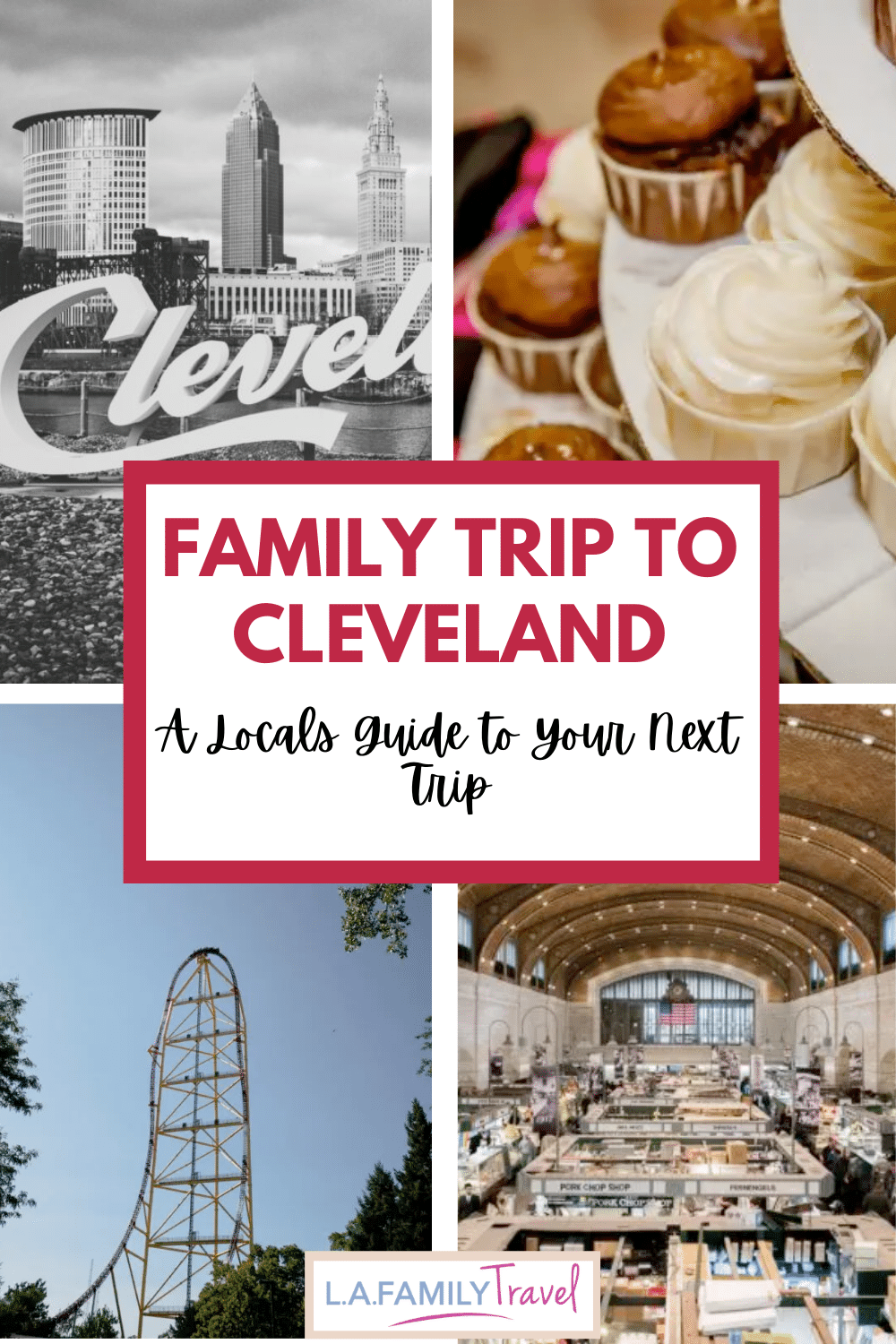 If you are a roller coaster fanatic, you need to visit Cedar Point, the “Roller Coaster Capital of the World.” Cedar Point is a great place with over 18 roller coasters, which are perfect for older children. They also have plenty of stuff for the younger kids. They have 3 kids’ areas with plenty of rides that even my 20 month old could enjoy. Cedar Point also has a water park, a beach, and stage shows, which are the best during the summer months. They have a family-friendly Halloween event in the fall with trick or treating, face painting, and lots of special treats! Because it gets really cold and snowy in the winter in Cleveland, Cedar Point is generally not open from November to April, and only on the weekends in May, September, and October. I wouldn’t want to ride a roller coaster in January in Cleveland anyway, your face would freeze! Cedar Point is about an hour west of Cleveland and is a great time for the whole family. 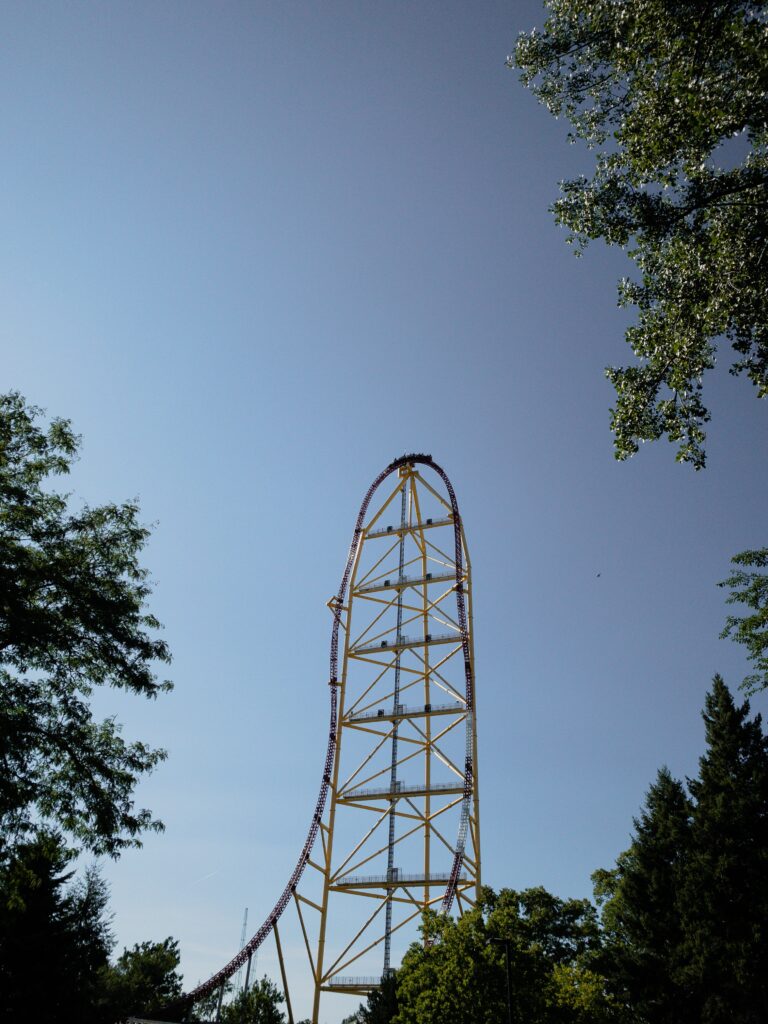 Top Thrill Dragster is a little too intense for my tastes, I’ll stick with things that don’t go double the speed of my car. Photo Courtesy of Skyler Gerald on Unsplash

The Rock and Roll Hall of Fame

No guide to Cleveland would be complete without mentioning The Rock and Roll Hall of Fame.

If you’re wondering why The Rock Hall is in Cleveland, it’s because the term “Rock N Roll” was made popular by a Cleveland DJ named Alan Freed, and Cleveland won a USA Today poll asking where the Rock Hall should be built, by a landslide.

The Rock and Roll Hall of Fame has exhibits on 6 floors, including interactive exhibits such as The Garage, where you can try out various instruments for yourself. One of my favorite exhibits is the Power of Rock, which features footage of past inductions, with special effects that make you feel like you’re seeing a live performance. Some exhibits do feature uncensored Rock and Roll history, so there’s some language to watch out for if you have young children. Look for family fun days on Sundays in the summer. these family-friendly events days are usually hosted in their outdoor area, on the Rock and Roll Hall of Fame Plaza, which by the way is shaped like a record player, and features chalk art, live music, and more! 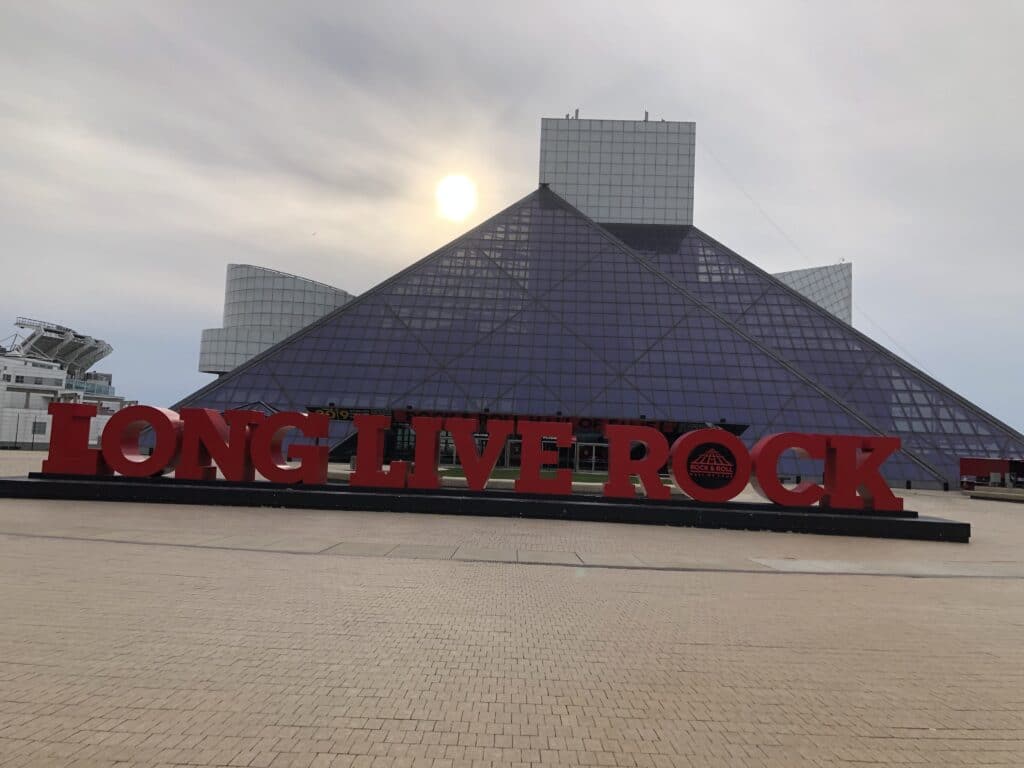 The Rock Hall was supposed to be built downtown, but it was built on Lake Erie instead.

The Great Lakes Science Center is next door and is definitely a fun place for your kids if they are science buffs. The Science Center has something for the entire family and features hundreds of live science exhibits, a steamship, and a NASA visitor center,

Pro Tip: If you’re visiting the Rock Hall or the Science Center on a Sunday in the fall, check the Cleveland Browns schedule to see if they are playing at home. The stadium is right next door, and Clevelanders really like to tailgate, so traffic and parking will be a challenge on game days.

The West Side Market and Ohio City

The West Side Market is home to many small businesses and food vendors. It’s over 100 years old! Some of my personal favorites are The Orale Mexican food stand, and Christmas Ale Bacon, which is sold at the butcher stands. Make sure you visit in the morning, most of the best food is sold out by lunch time. The aisles at the market are a little tight, this isn’t the place to take your double stroller if you can help it.

Campbell’s Popcorn Factory has a location inside the West Side Market, but their flagship store is just up the road. They sell gourmet popcorn in a wide variety of flavors, as well as gourmet chocolates and amazing cupcakes. The cupcakes are some of the best cupcakes in the city. I loved them so much we served them at our wedding instead of a more traditional cake. Trust me on this one, you’ll want to try a Wedding Cake Vanilla Cupcake or a Red Velvet Cupcake. 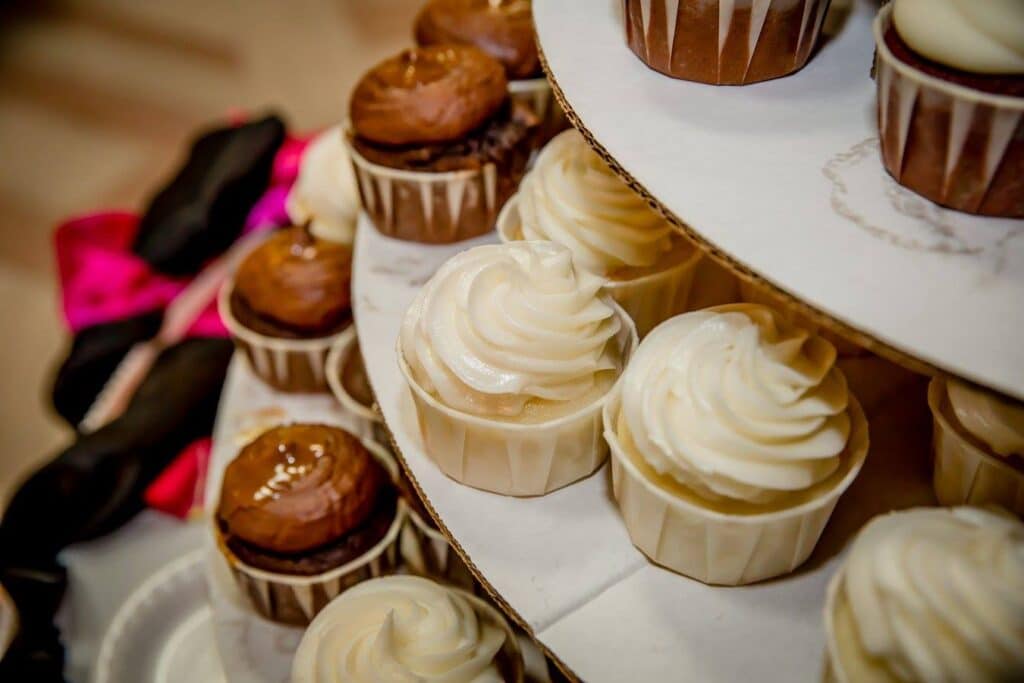 The security guards at my reception were super excited when my mom offered them some leftovers!

When you’re done shopping at the market, you can walk up the street to get Mitchell’s Ice Cream. Their Ohio City location also doubles as an ice cream factory. One of the best things about it is that you can watch the ice cream being made from several windows! To be around fewer people, and a better view of the factory, take your ice cream upstairs.

If you have a kid-free evening, check out Great Lakes Brewing Company. They have lots of delicious beers brewed in-house, and you can take a guided tour of the factory, which is much fun. If you’re in town during the holiday season when the Christmas Ale is in season, don’t bother looking at a menu, that’s what you want, trust me. 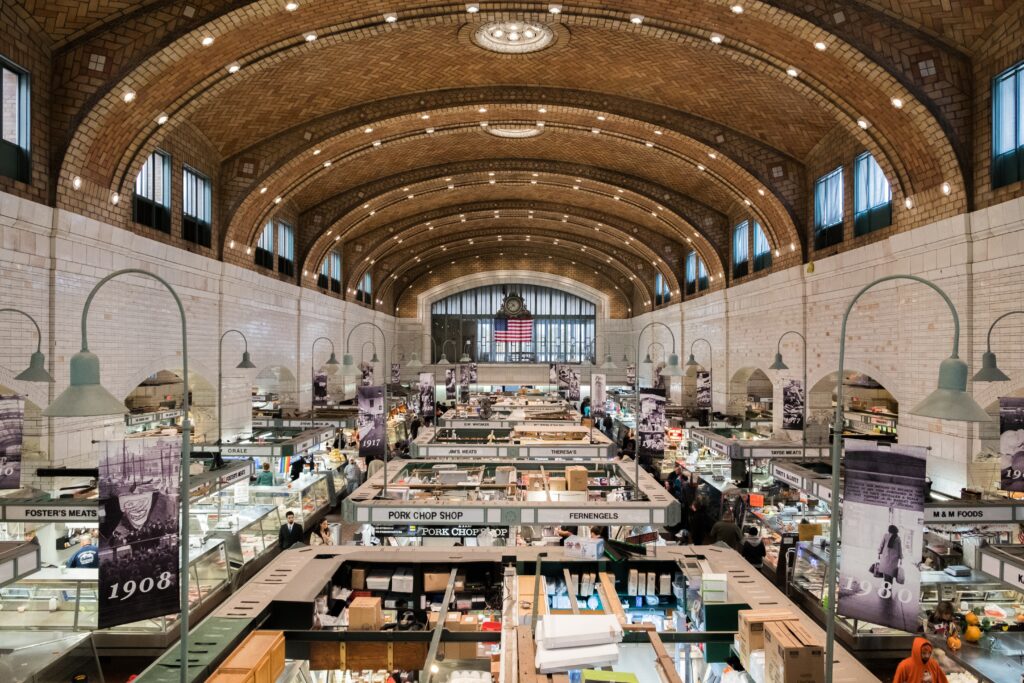 The West Side Market is a great destination for snacks and so much more.

Cleveland isn’t known as a family vacation destination, but you should visit anyway! Here are 7 great reasons why.

Did you know that Cleveland has the second biggest theatre district in the United States? (After Broadway). We do, and we get amazing shows every year! We’ve had Hamilton, The Lion King, Wicked, and many more at Playhouse Square. I’m a big theatre buff, so I can say firsthand that the ticket prices are very reasonable. I know several people that have made weekend trips to Cleveland just to see a show at Playhouse Square. 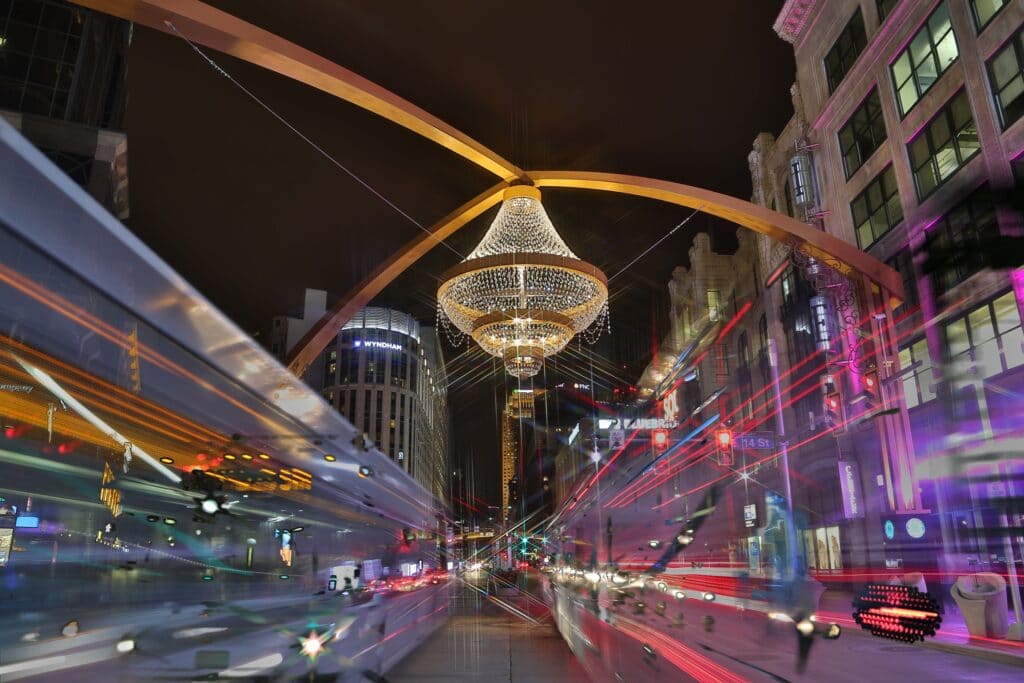 Taking a selfie with the giant chandelier at Playhouse Square is a right of passage for Clevelanders. Photo courtesy of Stephen Leonardi on Unsplash

DON’T MISS! A Local’s Guide to the Best of Family-Friendly Nashville

Our Zoo has a few features that are unique, making it one of the city’s popular tourist attractions. The Cleveland Zoo features a huge indoor 2 story rainforest, which is a perfect place to escape from our long, cold winters. They also have an elephant crossing, and you can feed a giraffe in the African Savannah section. In July and August every year, the Zoo hosts an Asian Lantern Festival, which is one of our top things to do while in Cleveland. The lanterns are beautiful, the food is delicious, and the show is a good time and full of great talent. 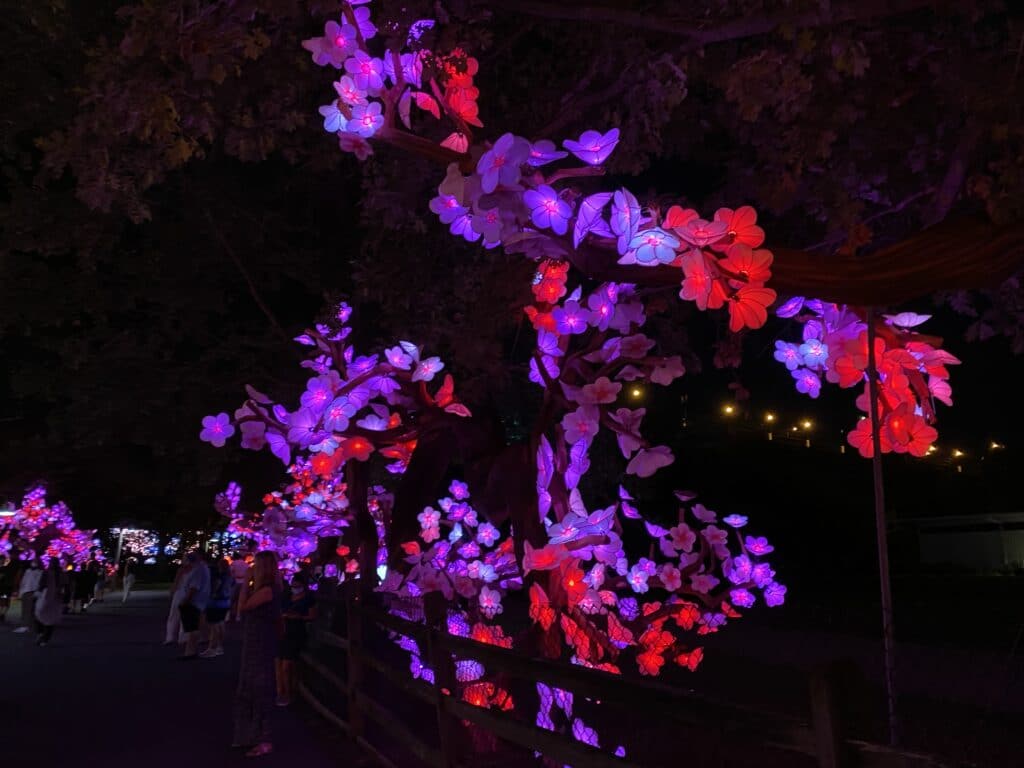 Tickets to watch The Browns, Indians and Cavaliers are very affordable. A friend from Chicago told me that it was cheaper for him to fly to Cleveland, get a hotel for the weekend and buy tickets at Progressive Field to watch a baseball game than it was to buy similar tickets at Wrigley Field! The Cleveland Browns even offer family-friendly sections where no alcohol is permitted. 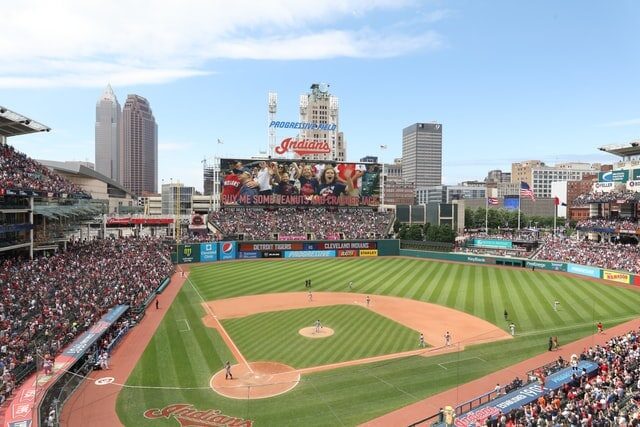 Progressive Field is home to the Cleveland Indians, as well as home to a smaller version of most of Cleveland’s best restaurants. You can get way more than just a hot dog here! Photo Courtesy of Chris Chow

Getting To Cleveland From LA

The easiest way to get to Cleveland from Southern California is to fly into Cleveland Hopkins Airport. United and Spirit Airlines both have nonstop flights. Cleveland does have a rail and bus system, but I would highly recommend renting a car or using Uber while in town.

Start your research for flights with exclusive discounts from Scott’s Cheap Flights. Try out their free 7-day membership to save BIG money on flights. I’m not kidding. They have the best deals out there and we’ve tried them all, or so it seems. There’s no need to buy a membership (you’ll still have access to great deals with their free one).

Another excellent discount site for flights (and cars, hotels) is Expedia!

Where to Stay In Cleveland

Bringing Fido? Then check out The Metropolitan At The 9, which features an indoor dog park. The 9 is where NFL teams stay when they are town, so you know it’s nice! If you want to visit both Cedar Point and Cleveland, Elyria is a great half way point. I like the  Courtyard in Elyria but there are plenty of good options. If you’re catching a show, check out the Wyndham at Playhouse Square, it’s walking distance to most of the stadiums in downtown Cleveland too!

Where to Eat In Cleveland With Kids

Your kids are going to love Melt Bar and Grilled. Don’t let the word bar fool you, Melt is for children of all ages, they have a great kids menu and plenty of high chairs! Melt serves up gourmet grilled cheese, and other great things. It’s worth mentioning that the portions are huge, I always have at least half of my meal for leftovers. If sandwiches aren’t your thing, then head over to Little Italy and try out Mama Santa’s Fettuccine Alfredo. 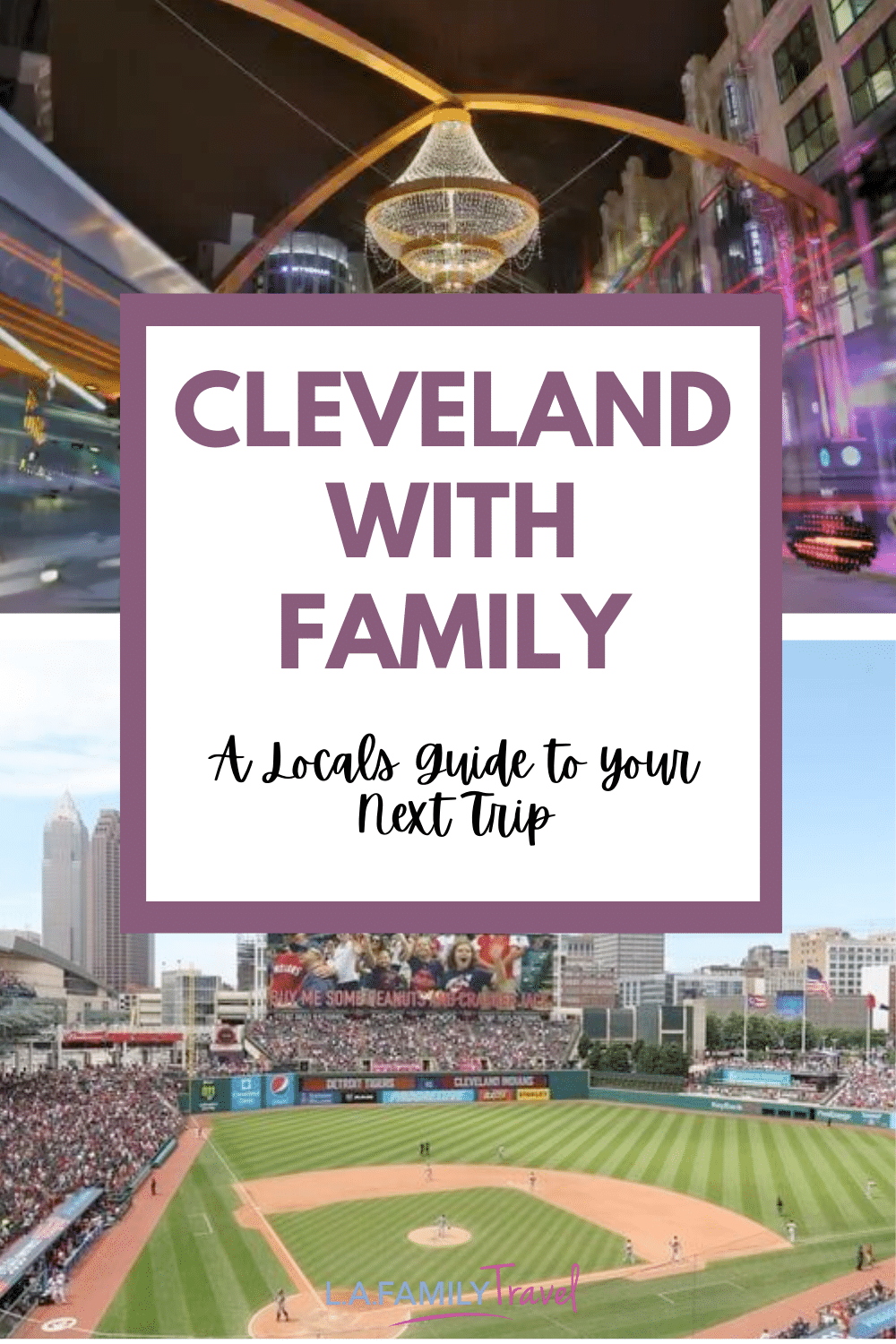 Emily Householder Stacey is a writer, travel agent and mom based in sunny Cleveland, Ohio. Emily runs Aida’s Adventures travel agency while her son takes his afternoon nap. She has traveled throughout Australia, Asia and North America and the rest of the world is on her bucket list. Emily and her family love a good theme park. They have annual passes to 6 of them!