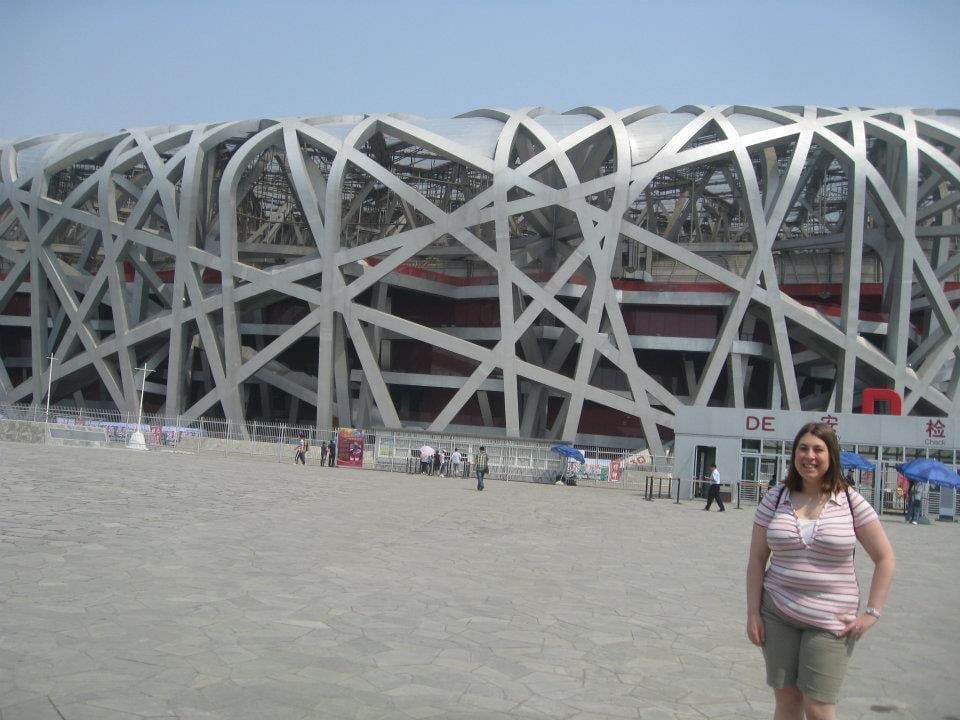 My parents, in a moment of insanity, I guess, let me travel abroad to Australia at the age of 14. I went with a student group, through People to People International, a charitable organization building bridges between cultures. My parents also supported and funded my decision, at 20, to travel to Hong Kong and China.

Both experiences changed my life. Literally.

I decided to pursue International Studies and open a travel agency largely because of those trips. But that doesn’t mean I didn’t make some rookie mistakes. I got lost in Beijing because as a small-town Ohio girl, I did not fully grasp how to navigate a subway system. Add to that: the helpful map wasn’t in my native language, and I was toast. Also, I didn’t pack any necessities in my carry-on and wound up wearing the same clothes for over 48 hours when I got stuck in Chicago on my way home. 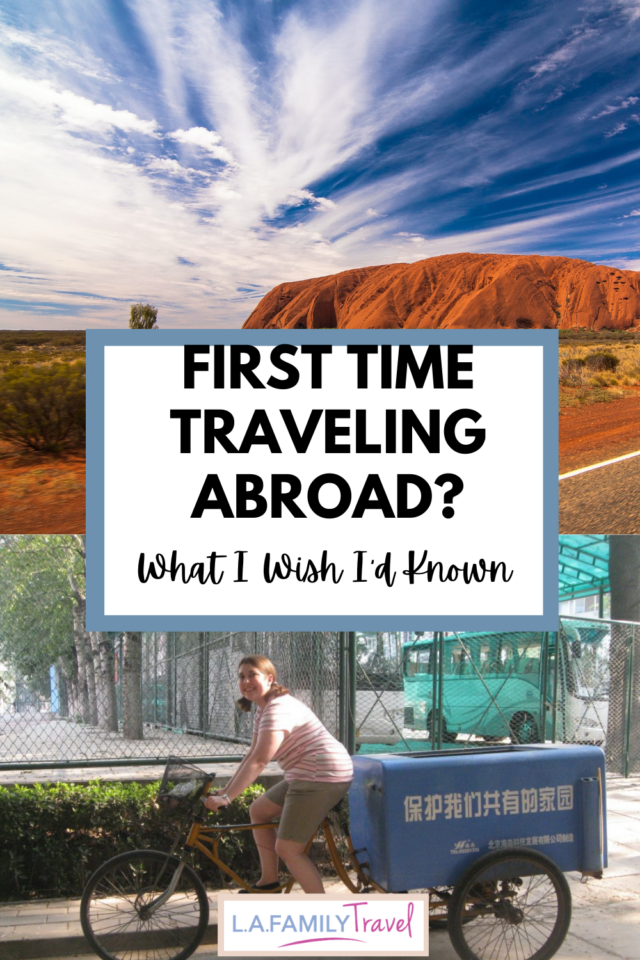 Small Things That Get You 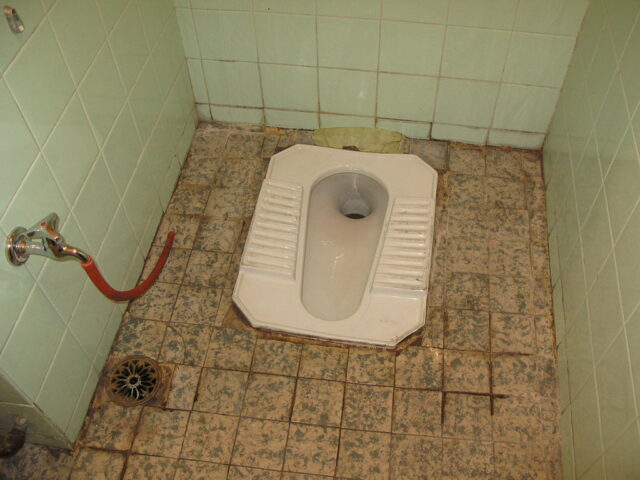 This is the type of toilet I encountered in China. You need good leg muscles for these! Photo Courtesy of Sustainable Sanitation Alliance on Wikimedia

Both of my trips were 2-3 weeks, and I wasn’t prepared to deal with the culture shock. It’s the little things that get you. I remember crying on a bus in China after encountering my first squat toilet. I thought the modern human experience of peeing was pretty universal, but I was so wrong. Some bathrooms in China even had an “express” line, a separate line if your business will be quick! Up to that point in my trip, every bathroom had a “sitting” style of toilet available. But about 2 weeks into my trip I finally encountered a bathroom with only squat toilets and at that point, I wasn’t able hold it!

A friend of mine told me that she cried because she couldn’t buy a loaf of bread. All the bread was sold only by the slice.

Unless your trip is very short, you will probably encounter a moment like this. I think if you know that going in, it helps. Just remember that part of the reason you’re traveling is to experience new and exciting things, and now you have a great story to tell on a blog someday!

DON’T MISS! 7 Tips for Surviving a Road Trip With Kids I really enjoyed some of the translations I saw on signs around China!

If you don’t speak the language of the country you’re visiting, a little bit of prep will save you a lot of headaches.

You’re the visitor, so it’s on you to find a way to communicate.

Although lots of people know English, not everyone will. While I was in China, I bought a small pocket book called Emergency Chinese and carried it with me everywhere. If nothing else, I could point to what I needed or wanted in the book.

This is the article I wish I had read before traveling abroad for the first time.

When I checked into my hotel, I had the front desk give me a business card for the hotel in the local language and then write on the back “please take me here” so  I could hand that to a taxi driver if needed.

I also discovered that some people didn’t speak English, but could read and write it. So a few times I wrote something down for them.

Finally, a few restaurants had picture menus for people who couldn’t read or write in Chinese. I remember ordering McDonald’s from a picture menu. I got nuggets, and since we were unable to communicate about sauce choices, they picked for me! Whatever they picked was good!

I’m not going to lie, it can be exhausting always having to try to communicate in a language that isn’t your own. And it can get lonely. I remember hearing a guy speaking English on his phone in a subway in Beijing and pushing my way over to him just so I could talk to him.

And just because you are traveling to an English-speaking country doesn’t mean you won’t have a few communication mishaps. I vividly remember asking someone in Australia where the bathroom was and they took me to a locker room with showers but no toilets.

Be prepared for people to ask you some funny questions about Americans. I had more than one person ask me how many guns I owned or where my cowboy hat was. A group of boys in China asked me where in the US I was from, and when I told them I was from Cleveland, they asked me if I knew Lebron James. You have no idea how much self-control it took to not claim to be personal friends with King James.

DON’T MISS! How to Plan the Ultimate Washington D.C. Trip With Kids

Do a little research

Before you leave home, do some research into the cultural practices of your destination so you don’t accidentally do something that is rude or even illegal. When I visited the Australian Outback, I learned that climbing Uluru, while allowed, was considered very disrespectful as it’s a holy site for the Anagu people. I’m glad that I knew that and was able to make an informed decision not to climb it but instead walk around it. (Since my visit, lawmakers there have banned climbing Uluru). 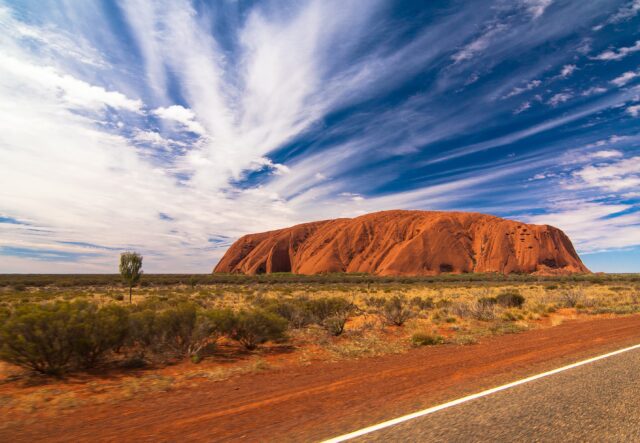 You won’t believe how many stars you can see at night in the Outback. I’ve never experienced anything like it! Photo courtesy of Photoholic on Unsplash

Traveling abroad can be a life-changing experience. Any bumps you might encounter are just part of the experience. What I really wish I would have known before I traveled abroad was how much it would change my worldview. I grew up in a very small town. I didn’t know anyone who practiced a different religion than me until I was 20. Traveling abroad and being exposed to so many different cultures changed my worldview. I realized the world was a lot bigger and better than I had ever known. And I understood that my way of viewing the world wasn’t the only way. In America, we say “The squeaky wheel gets the grease” but in China they say “The nail that sticks up gets hammered down.”

Before you travel abroad for the first time just know that if you’re doing it right it will have its challenges, broaden your horizon, and change you for the better. 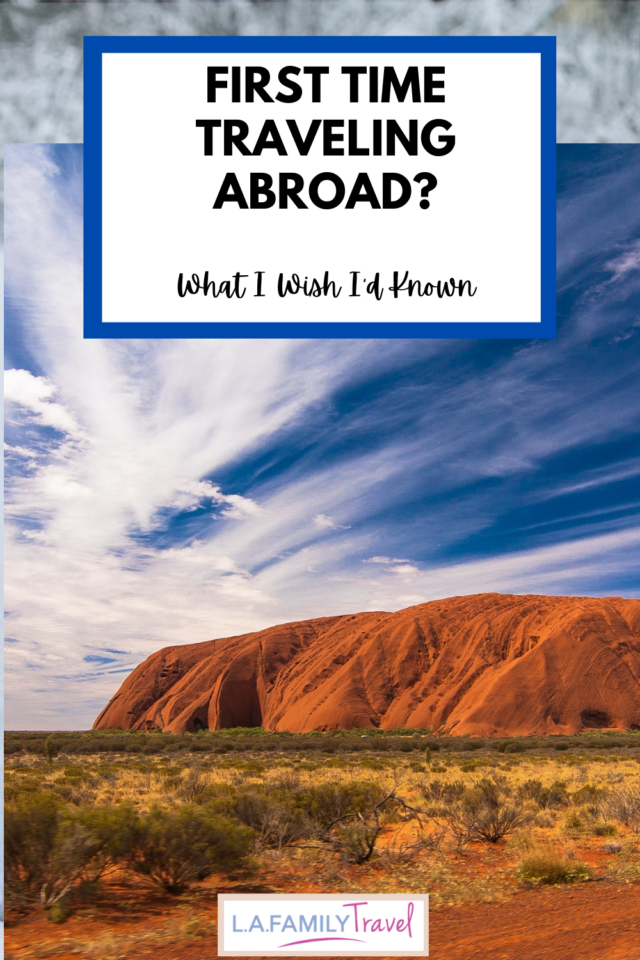 Emily Householder Stacey is a travel agent and writer based in Carnation City, Alliance Ohio. When she isn’t writing or planning trips for her clients, you’ll find her daydreaming about those breakfast pastries in Hong Kong or those soup dumplings she had in Beijing.