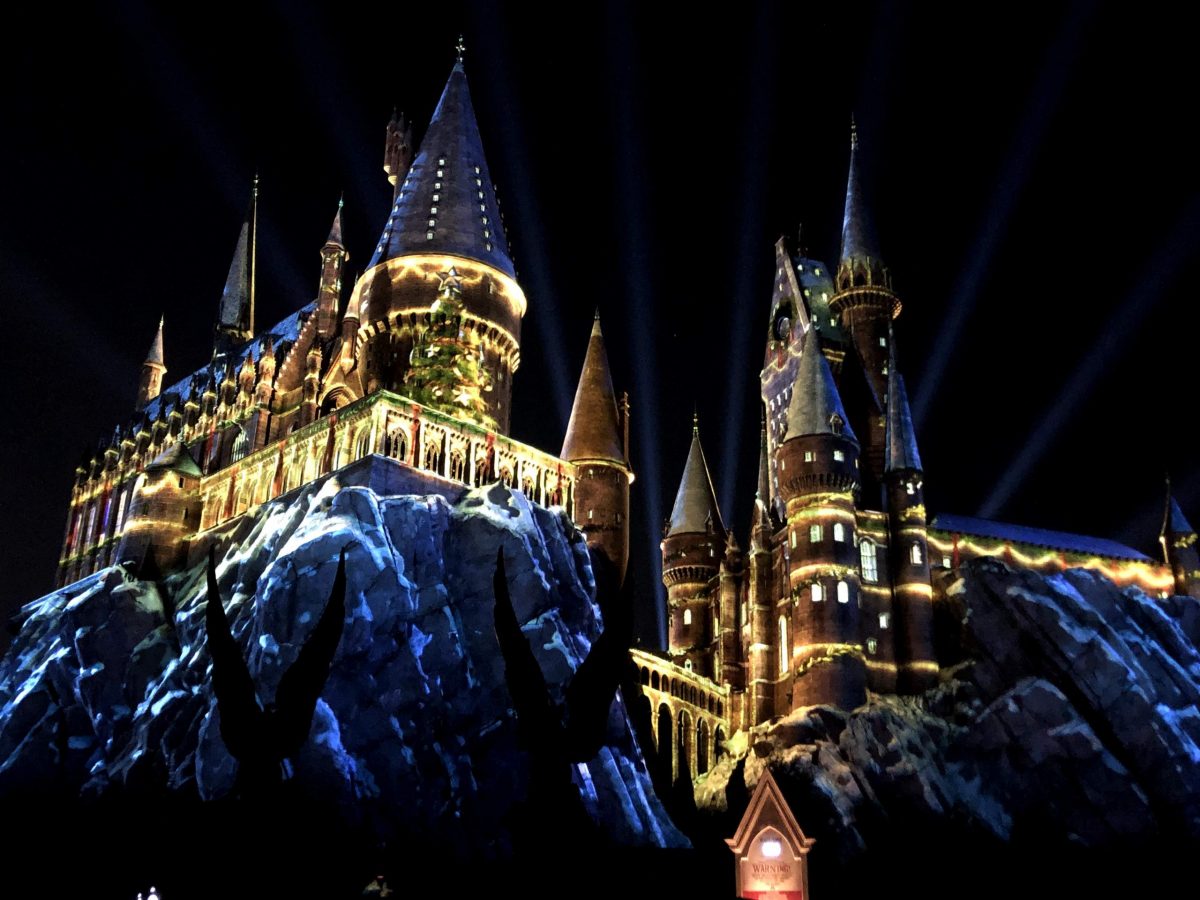 When it comes to Christmas, and the winter holiday season, the first thing that comes to mind is roller coasters right? No? Well, maybe after this article it will!

Pretty much every major theme park, at least the ones far enough south to be open, does something special for the Holiday Season. If you don’t celebrate Christmas, you should know that, for the most part, the decorations and events are not particularly religious. They do tend to be based more on Christmas than the other holidays around that time.  For example, it’s Mickey’s Very Merry Christmas Party, not Holiday Party, but you won’t find religious events, themes, or imagery. It’s just merry, happy, and joyful. 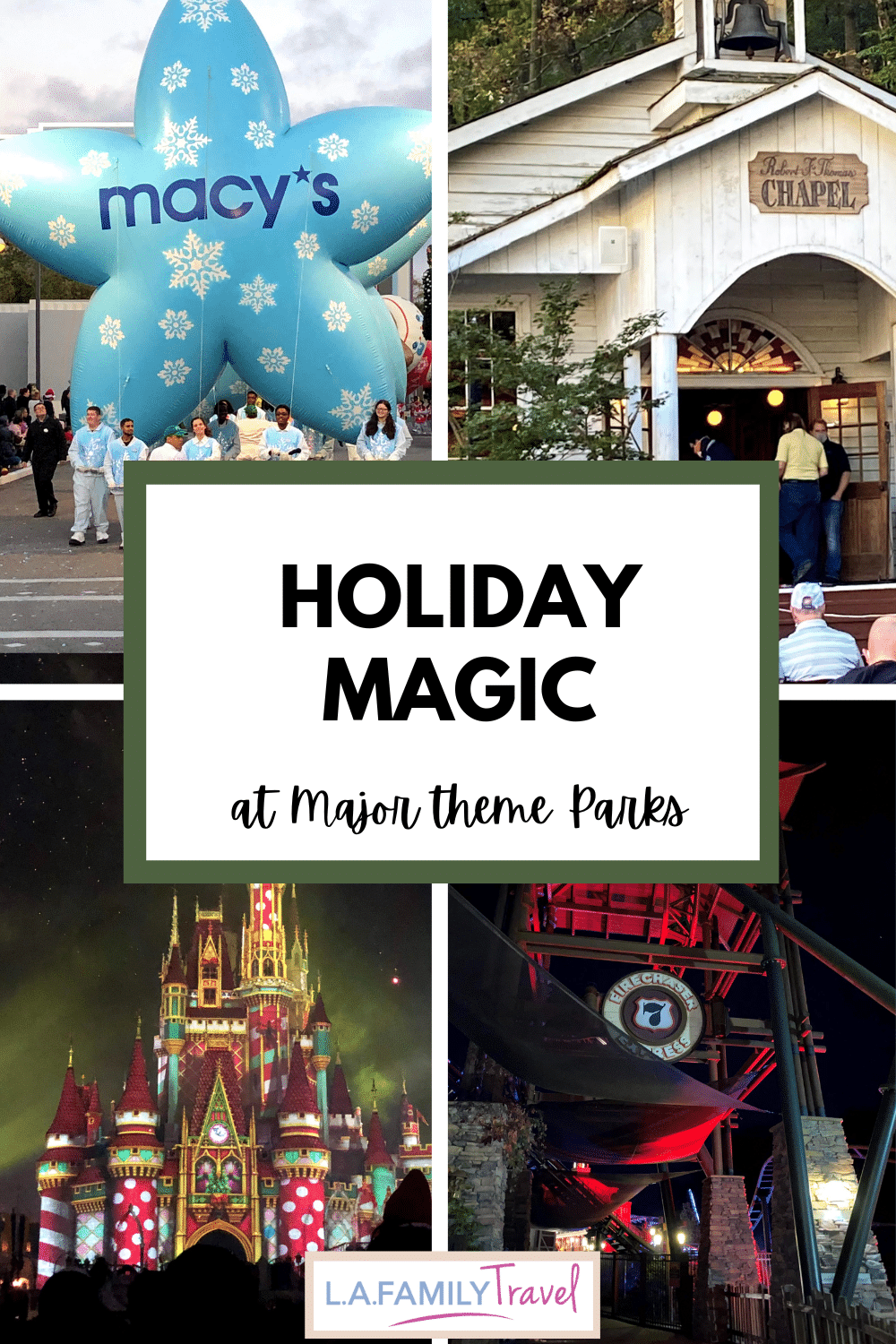 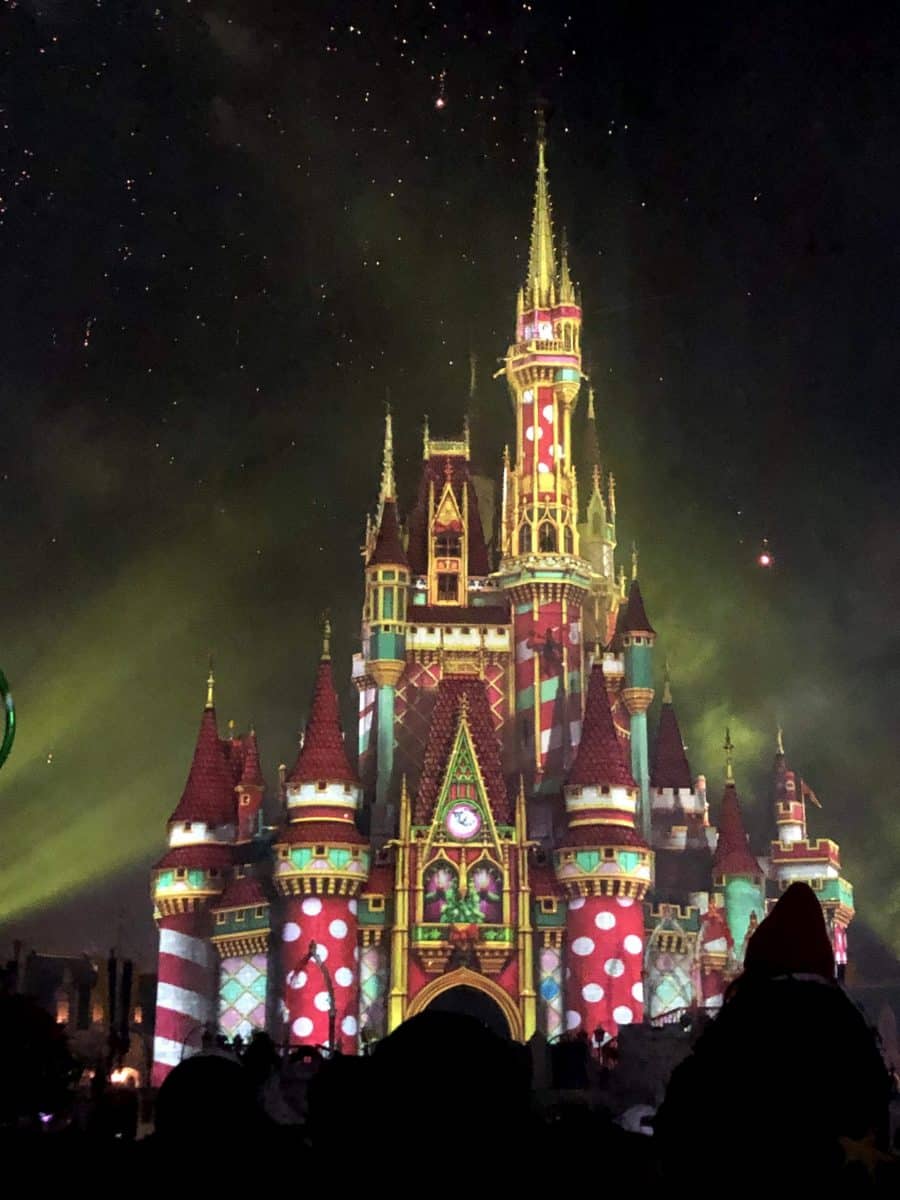 Walt Disney World even does a special fireworks show!

Walt Disney World throws everything they have at the Holiday season. On October 31st, the park is all about Halloween, but surprise! When you wake up on November 1st, everything will be decorated for Christmas! Yes, the magic elves work overtime to change it overnight. There’s a documentary on Disney+ called Decorating Disney Holiday Magic if you’re curious how they do it!

All the resort hotels, and Disney Springs, will get decorated for Christmas (not necessarily overnight, even elves have limits).

Walt Disney World also hosts Mickey’s Very Merry Christmas Party on select nights. Tickets for that are separate, it’s not included with normal daytime admission. Clients frequently ask me if I think it’s worth the extra expense. It depends. If you love all things Christmas, if you eat, sleep and breathe Christmas, if you’re basically related to Buddy the Elf, AND your kids can hang and stay up late, then yes, I think it’s worth it. If you don’t care about any of the special Christmas activities, like the fireworks or the parade, then I think adding an extra day of daytime Theme Park tickets would be a better use of your vacation dollars. If you do want to go to Mickey’s Very Merry Christmas Party, get your tickets early, they do sell out!

Epcot also hosts the International Festival of the Holidays, featuring holiday dishes from around the world. So basically, it’s an educational opportunity for your kids, right? The festival food varies in price, but plan to spend around $10 a snack.

Tickets for Mickey’s Very Merry Christmas Party DO SELL OUT. Make sure you buy them in advance!

Universal Orlando does an amazing parade based on Macy’s Thanksgiving Parade. The Universal Orlando parade is my absolute favorite holiday parade at any theme park! The balloons are super cool! (Sorry, Californians, the parade is not offered at Universal Hollywood).

DON’T MISS! Why Universal Orlando Is Better For Families Than Disney World 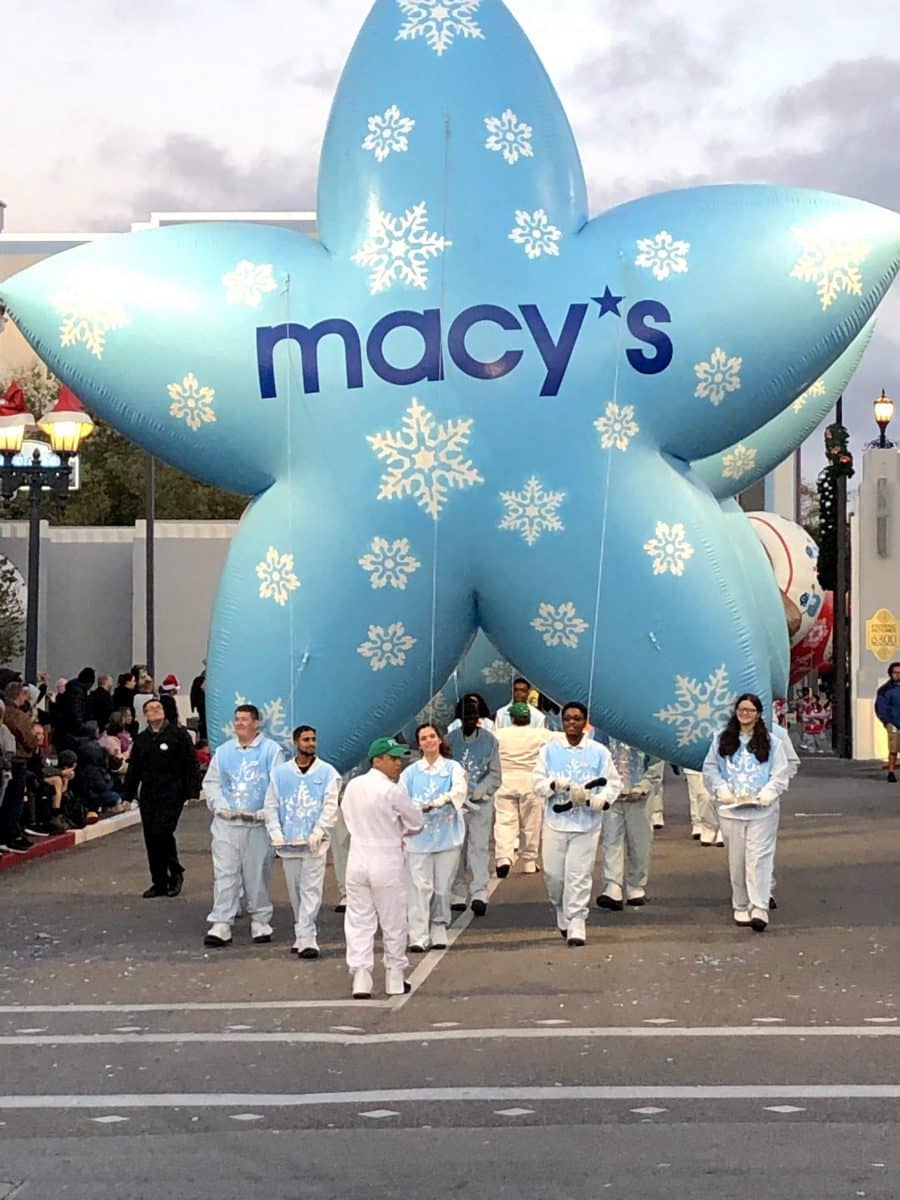 They used to let you sign up to be a balloon handler, I’ve always regretted that I didn’t get that chance!

They also do an absolutely amazing show called Grinchmas, a shorter version of How the Grinch Stole Christmas. It’s a Broadway-quality show, and it’s included with your normal ticket! 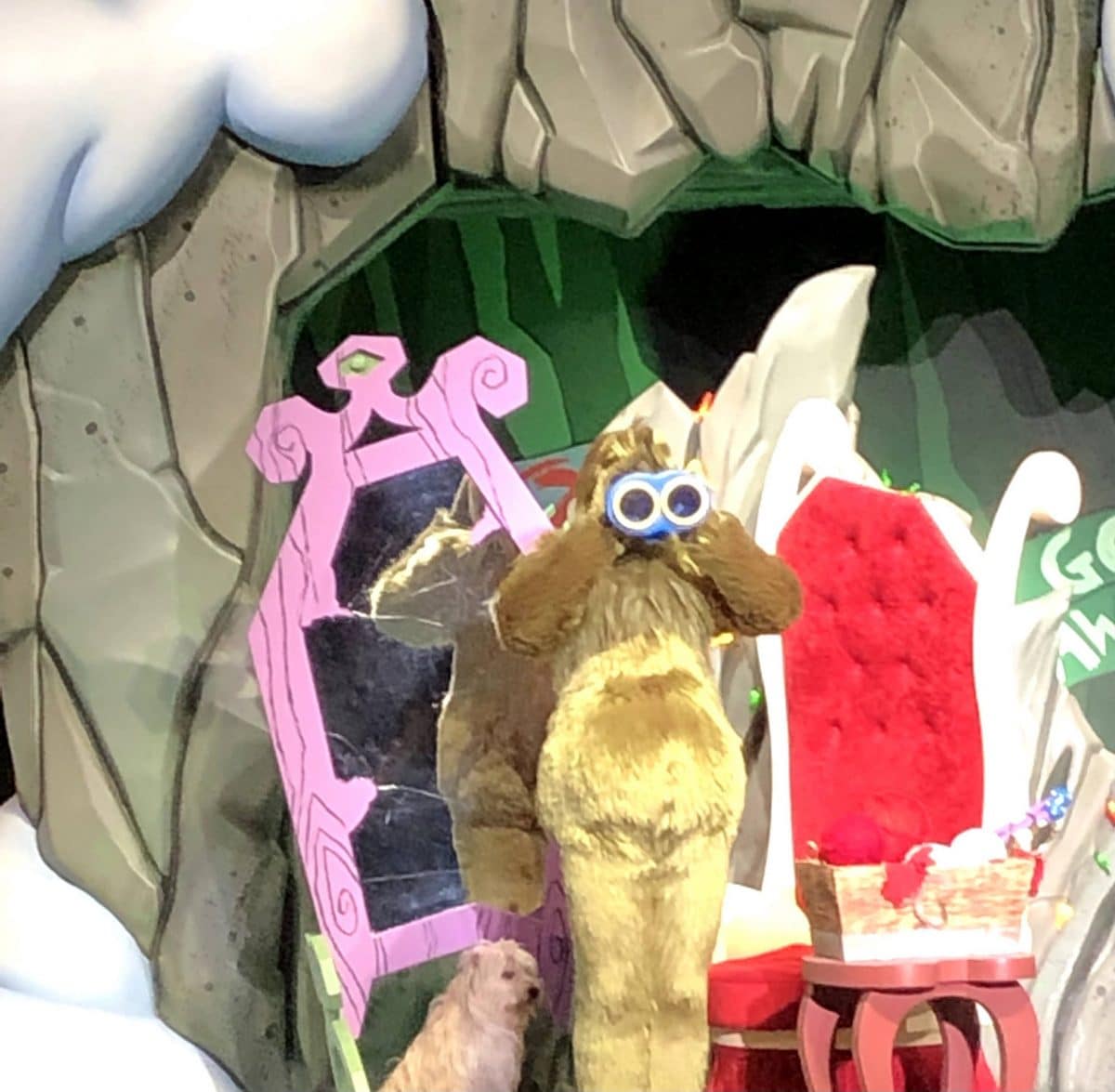 Max was probably the most popular character; who doesn’t love a dog?

A special Christmas show is also projected onto Hogwarts Castle at Islands of Adventure, and many Christmas trees are scattered throughout the resort.

You’re in luck Californians, both shows are available on both coasts!

This isn’t a special holiday thing, but make sure you try a Hot Butterbeer! It’s my favorite kind of Butterbeer, and considering there are six types, the competition was steep. (Hot, Iced, Frozen, Fudge, Hard Ice Cream, Soft Ice cream). A hot Butterbeer in hand and the Magic of Christmas at the Hogwarts show, now that’s a perfect evening. All 6 types of Butterbeer are available year-round, but a hot Butterbeer isn’t as appealing in 90-degree weather, the way it is at Christmas.

The magic of the holidays is more magical when you visit our three favorite theme parks: Disney World, Universal and Dollywood. Here’s why. 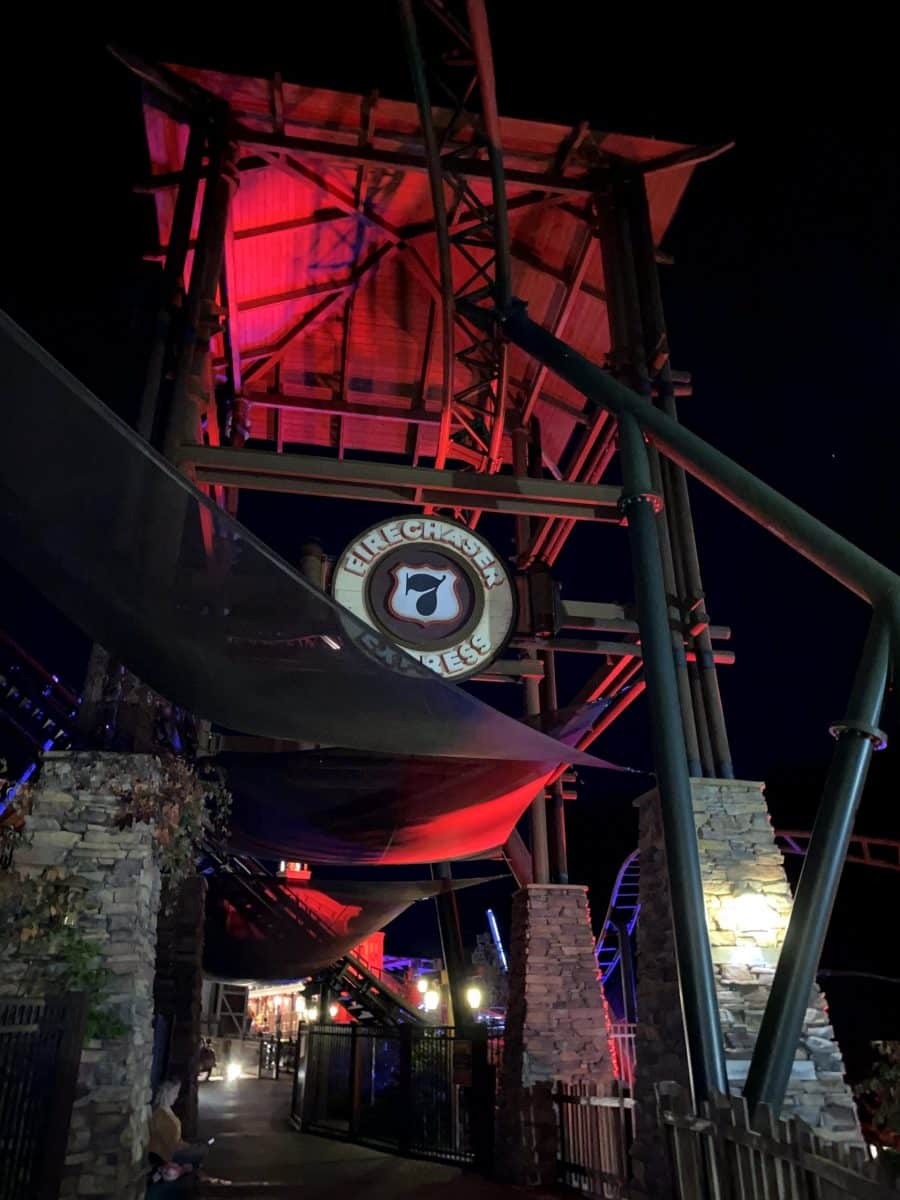 No one warned me, so I’ll do you a solid, The Firechaser Express goes backward. When you least expect it.

If you want a traditional, down-home, Christmas then Dollywood is the place for you. You won’t find any costumed characters or gimmicks at Dollywood, just good food, traditional decorations, and classic shows.

Dollywood is definitely, among this list at least, the place where you are likely to encounter religious symbols and messages. There is a chapel on the property, for example. You are also significantly more likely to encounter country music at Dollywood than at any of the other theme parks on our list. Like 1000x more likely, at least. Actually, I am prepared to guarantee that you will hear country music at some point.

Dollywood really goes all out with the decorations. Expect amazing Christmas trees and lights, great shows, and some of the best food you can imagine. Dollywood’s food, by the way, is also a great value. I highly recommend Aunt Grannie’s restaurant. It’s all you care to eat, and the food is absolutely amazing. When they say they have Christmas Dinner with all the trimmings, they MEAN IT.

Pro Tip: Hit up Aunt Grannies at about 2 or 3 O Clock. The wait will be considerably shorter. And the ride lines are generally lower during dinner, so you’ll get the best of both worlds!

Dollywood also rents cabins. And during the holiday season, they decorate the INSIDE of every cabin. That’s right – you’ll get a Christmas Tree right in your cabin! Time it right, and you won’t even have to drag your family’s fake tree out of the basement! 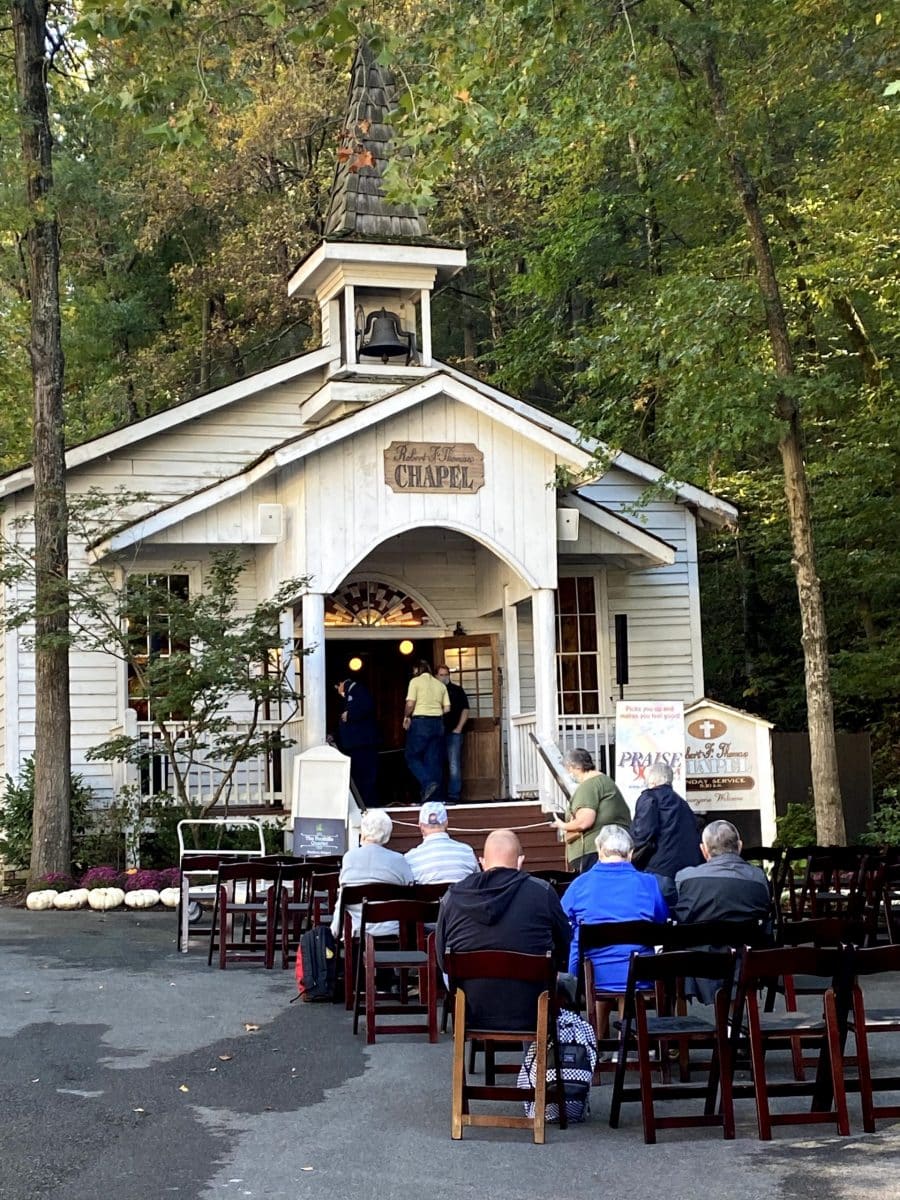 DON’T MISS!  The Best Things To Do At Dollywood

Dollywood is also a great place to get your holiday shopping done. In Craftsman Valley, they have just about anything you can make, from leather craftsmen to blacksmiths to candles. And they will hold it all at the front of the park for you, so you don’t have to schlepp around that new iron gate you just had to have. I can also personally attest that the goods at Dollywood are built to last. My mom bought me a wood potty chair there and I am now using it with my son, so it’s lasted (well, let’s just say the number is two digits and starts with a 3) years.

The easiest way to get to both Walt Disney World and Universal Orlando is to fly into Orlando. Make sure you fly into MCO, not Sanford, as the taxi prices from Sanford are crazy! It’s a costly mistake.

For Dollywood you’ll have to fly into Knoxville and rent a car. Dollywood is in the middle of the absolutely gorgeous Smoky Mountains. Since it’s a little remote, Uber is scarce.

Start your research for flights with exclusive discounts from Scott’s Cheap Flights. Try out their free 7-day membership to save BIG money on flights. There’s no need to buy a membership (you’ll still have access to great deals).

Another excellent discount site for flights, car rentals, and hotels is Expedia! 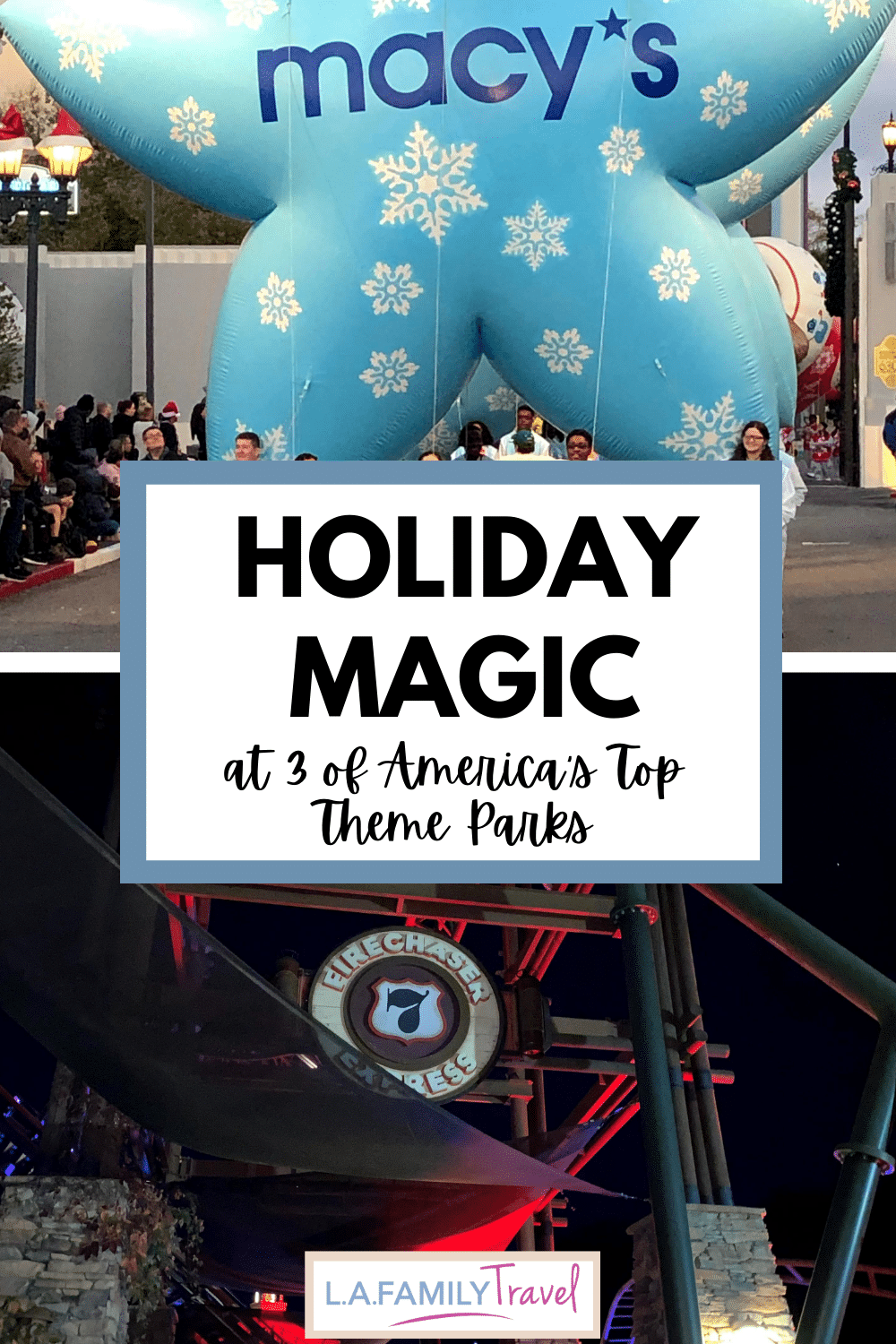 Emily Householder Stacey is a serious Christmas fan and a serious Theme Park Fan. She’s the owner of Aida’s Adventures Travel Agency and she’s based in birth place of Football, Canton Ohio.