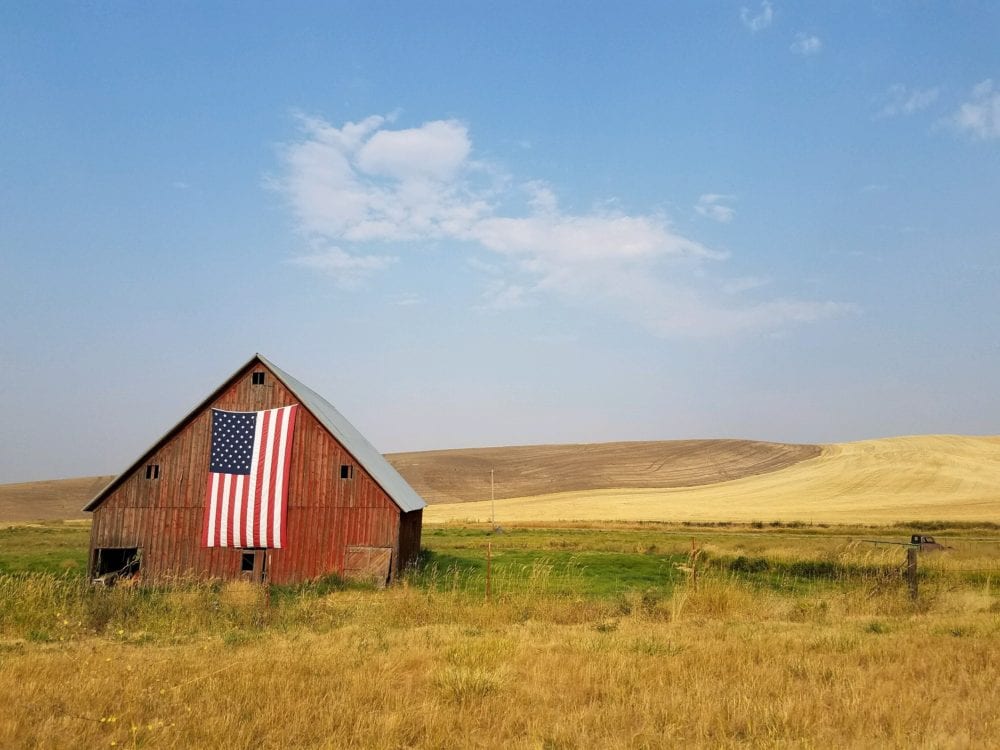 Visiting the home of our current president in Washington, D.C. is not as simple as showing up and knocking on the door.

The advanced planning necessary (which includes contacting a member of Congress in advance and passing a security screening), doesn’t even guarantee a White House tour. But don’t worry! The homes of two of our earliest presidents, George Washington’s Mount Vernon and Thomas Jefferson’s Monticello, as well as the home of Confederate president Jefferson Davis – the White House of the Confederacy – welcome guests with no hoops to jump through.

“Virginia is the mother of Presidents and the birthplace of American history,” says Caroline Logan, director of communications for the Virginia Tourism Corporation. “That makes it a fantastic destination for families looking to explore our nation’s legacies and legends.”
Contents hide
1 Mount Vernon
2 Monticello
3 White House of the Confederacy 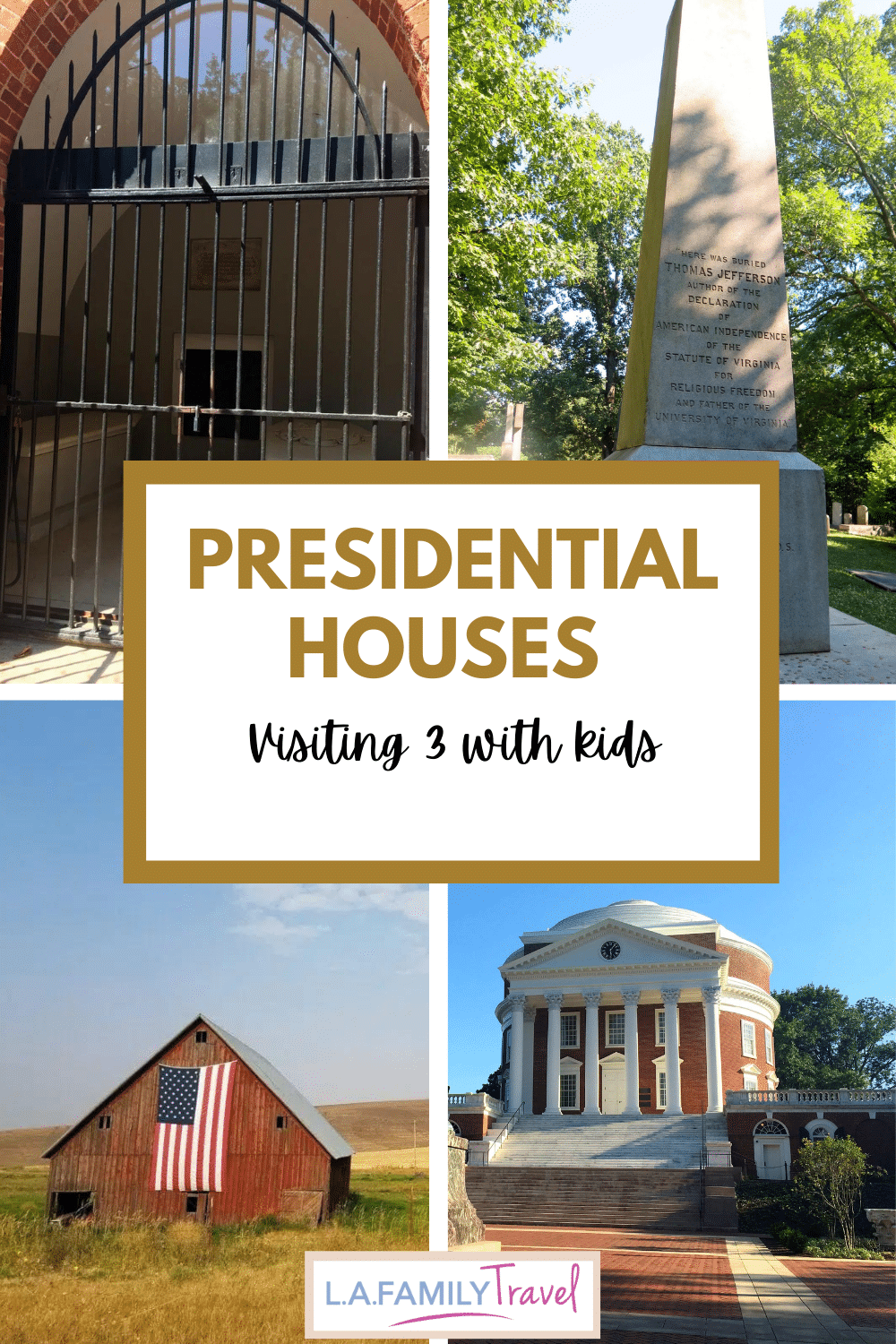 Considered to be one of the most iconic 18th-century homes in America, Mount Vernon is only about 20 miles from Washington D.C., and offers tours 365 days a year. Here, visitors can see the mansion and surrounding grounds where Washington lived off and on from 1754 until his death in 1799.

Two experiences that Wood points to as especially teen-friendly are Mount Vernon’s “Revolutionary War Theater” where snow falls from the ceiling as Washington crosses the Delaware and the “Be Washington” interactive experience, where Chris Jackson – who played Washington in Broadway’s “Hamilton” – poses questions to the audience on screen.

The tour of Mount Vernon also offers interesting information about Washington’s life on this plantation, and while the house could certainly be described as stately, the interiors are not overly flashy, which makes perfect sense for the home of a practical general. This is particularly noticeable in the “New Room,” which was the last addition to the house. Although it’s definitely the grandest room in the house, the New Room was intended to illustrate unpretentious beauty and fine craftsmanship, qualities Washington believed reflected the values of our new nation.

Don’t Miss! How to Plan the Ultimate Washington D.C. Trip with Kids

My teens love the two “National Treasure” movies starring Nicholas Cage.  They’re interested in the historical aspects of the films. Still, the movies also have pretty cool “treasure hunt” storylines that appeal to them on an adventure level, complete with secret codes and hidden passageways. When we were planning our visit to Mount Vernon, we happened upon a tour called The National Treasure Tour and booked it immediately. We knew that “National Treasure: Book of Secrets” featured several scenes at Mount Vernon, so this was our chance to see the locations where the film was shot, as well as learn about how those spots were used during Washington’s time.  Note: The National Treasure Tour is separately ticketed, and costs $7 per person in addition to general admission.

“Years after the National Treasure movie was released, Mount Vernon’s National Treasure Tour is still the most popular tour at Washington’s historic estate,” notes Wood. “Walking the grounds where the movie was filmed and tying history with Hollywood is a great way to engage teens.”

The pivotal Mount Vernon scene in “National Treasure: Book of Secrets” takes place inside one of the vaults in the mansion’s basement where Nicholas Cage’s character and the president activate a mechanism that opens a secret passage, so we were particularly excited to see it. Sadly, we learned that there isn’t really a secret passage underneath Mount Vernon, but as a slight consolation, our guide explained that a short tunnel inside Mount Vernon’s icehouse was the inspiration for the movie’s hidden tunnel storyline.

Another “fun fact” we learned on the tour is that the mechanism that triggered the entrance to the secret passageway in the movie was based on a real cornerstone in the mansion’s basement marked with the initials LW (for Washington’s half brother, Lawrence).

The cornerstone in the basement today is a replica, but the real one can be seen in the Mount Vernon museum, which also contains cool items like a model of the Bastille presented to Washington in 1795 that was carved from a stone actually taken from the Bastille (the key to the Bastille is displayed in the mansion’s central hall), and my older son’s favorite artifact: Washington’s famous “wooden” teeth. Spoiler alert: Contrary to myth, Washington’s dentures are not real wood; they’re made from elephant ivory and human and cow teeth set in brass and steel.

When George Washington died, Congress wanted a monument built in the new Capitol building in Washington, but Washington’s will clearly stated that wanted to be buried at Mount Vernon, so visitors can see the first president’s final resting place (beside his wife Martha) inside a brick tomb vault on Mount Vernon’s grounds.

A slightly longer drive from Washington D.C. at 120 miles, but still totally do-able as a day trip is Monticello in Charlottesville. This magnificent home was built to Thomas Jefferson’s particular specifications, and is considered by many to be his “autobiographical masterpiece,” which he designed and redesigned – and built and rebuilt – for more than forty years. Because of its architectural and historic significance, Monticello has not only been designated a National Historic Landmark, but was also named a UNESCO World Heritage Site.

Approaching Monticello from the west reveals the iconic view of the building known as the “Nickel Side” because it’s represented on our nickel coin. I must admit, it’s a pretty amazing first impression, but the house itself contains an equally impressive – though somewhat eclectic – collection of classic artwork and unusual items acquired by Jefferson on his travels.

Don’t Miss! Walking the Streets of NYC: 2 Tours with Kids and Teens

There are also several examples of Jefferson’s ingenuity, like the wine dumb waiter in the dining room that brought wine up from the cellar below, and the revolving serving door that allowed servants to move dishes in and out of the room without interrupting the meal. Another interesting item designed by Jefferson is the seven-day “Great Clock” in the entrance hall.

Monticello also reflects Jefferson’s keen architectural eye because each room was specifically designed to take the most advantage of the views of the beautiful landscape, as well as the natural light; even the wall colors were carefully chosen by Jefferson, including the famous “chrome yellow” dining room.

Contrary to myth, Washington’s dentures are not really wood. Go to these 4 Presidential Houses with kids to learn more fun facts!

Before he died, the meticulous Jefferson left specific instructions about the monument over his grave. He sketched the shape of the marker and even wrote his own epitaph.

“Because by these,” he said, “I wish to be most remembered.”

In the graveyard at Monticello – and behind iron gates that bear his initials – Thomas Jefferson’s grave is marked by the obelisk he designed with the epitaph he wrote: Here was buried Thomas Jefferson, Author of the Declaration of American Independence of the Statute of Virginia for religious freedom & Father of the University of Virginia.

White House of the Confederacy

Even though Richmond is the capital of Virginia, it’s still relatively unknown to many families; however, since my sons are Civil War buffs, they knew Richmond was the former capital of the Confederacy, so the city was a must on our Virginia “to do” list.

About 2 hours from Washington D.C. by car, Richmond is located in an area that is rich in American History – and particularly Civil War history – so the drive along I-95 takes travelers through many important Civil War battlefields, including Fredericksburg, Spotsylvania, and The Wilderness, which is significant because it was the first battle of Ulysses S. Grant’s 1864 Virginia Overland Campaign against General Robert E. Lee and the Confederate Army of Northern Virginia (so naturally, we stopped for a photo op).

Richmond is also the location of the White House of the Confederacy, the Executive Mansion where Jefferson Davis and his family lived from 1861 to 1865 when Davis was the president of the Confederate States.

The tour provides a fascinating history lesson about Davis’ life as the Confederate president, including information about his equally fascinating wife, Varina Anne Banks Howell Davis, his strategic meetings in the house with prominent political figures of the time – including a particularly notable visit in 1865 from Abraham Lincoln – and, eventually, his flight from Richmond towards the end of the Civil War. It’s always impressive to be standing in a historically significant place but to stand in a room where Lincoln stood was a particularly lofty experience.

The new American Civil War Museum, which is expected to open in spring 2019 at Historic Tredegar, will contain more than 100,000 pieces from the Civil War period, including regiment flags, weapons, uniforms, and personal items belonging to Jefferson Davis.

A visit to these three presidential homes in Virginia is an amazing way to literally step into several significant points in American History: The birth of our new nation, the declaration of our independence from England, and “The War Between the States.”

“Virginia offers a wide variety of destinations and attractions for history buffs and emerging learners,” Logan notes. “There is so much to learn during a visit to the Commonwealth, making it easy to see why Virginia is for History Lovers.”

It’s nice to feel welcome in someone’s home, especially if it’s an ex-President’s. 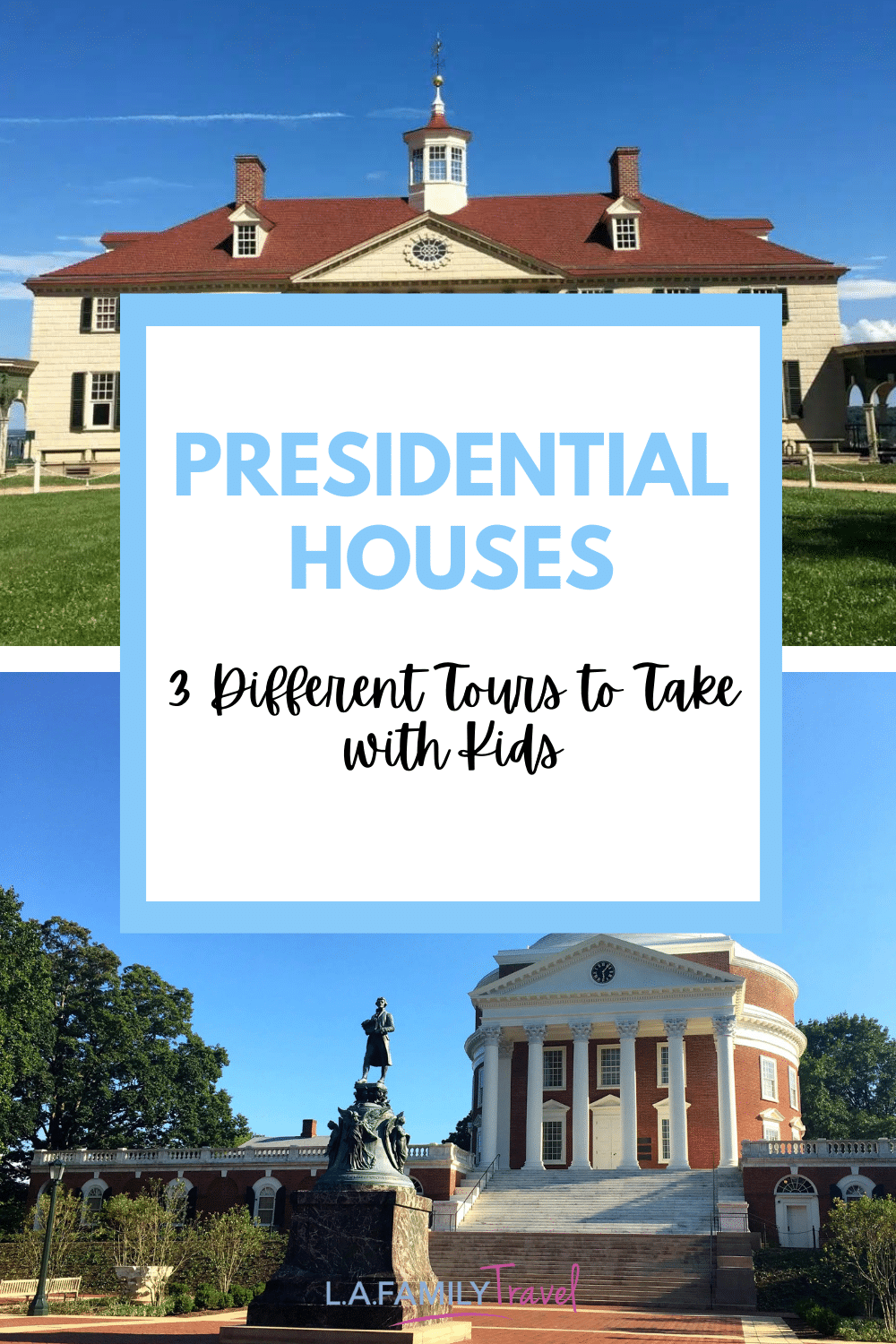