4 Spots in Philadelphia To Make History Cool With Teens 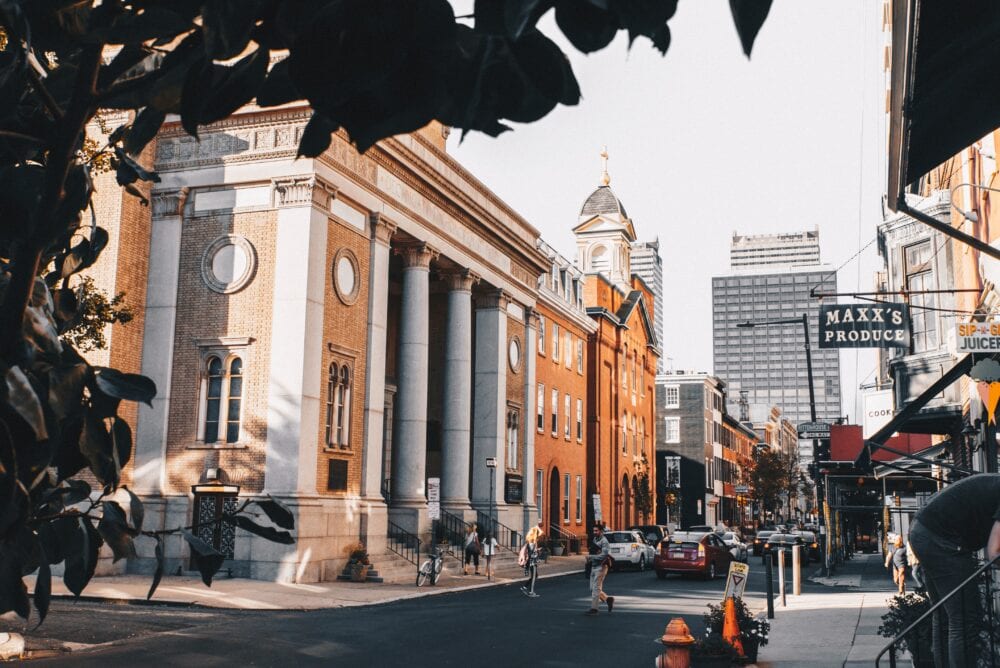 Thanks to Lin Manuel Miranda and his Broadway smash hit “Hamilton,” U.S. History has never been cooler, so now is the perfect time to hip-hop on the bandwagon and take teens (and pre-teens) to Philadelphia to see “the room[s] where it happened.” 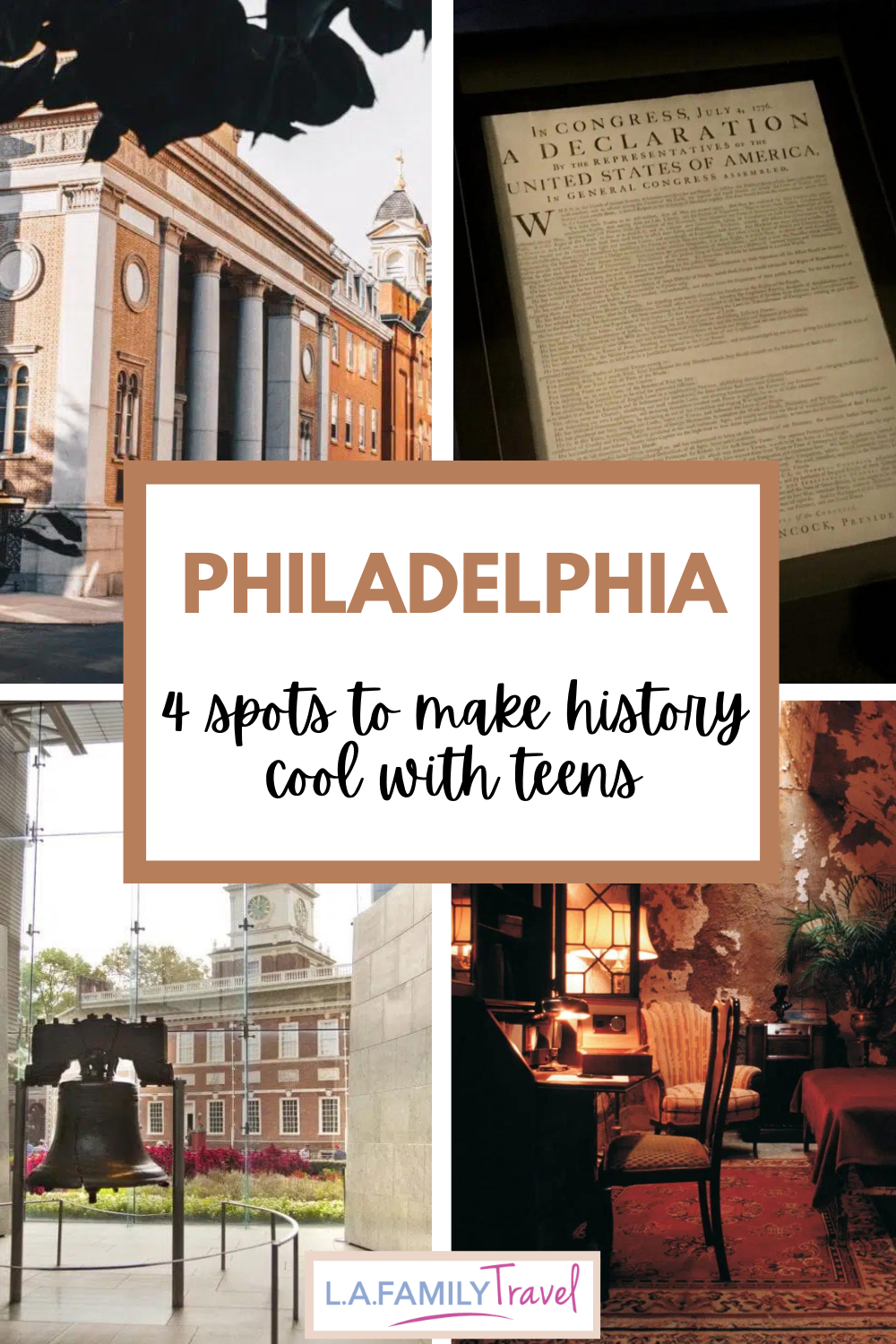 Philadelphia is literally the birthplace of our nation.  It’s not only where the Declaration of Independence was signed, but also the Constitution and the Bill of Rights.  Inside the walls of Independence Hall – and the adjacent Congress Hall – our founding fathers created and signed these groundbreaking documents. Teens who have taken (or will take) U.S. History can literally see their textbooks come to life as guides list the names of the remarkable men who walked the floorboards, including George Washington, Thomas Jefferson, and of course, Alexander Hamilton.

Admission into Independence Hall is on a tour only. Timed admission tickets are free, but the line can be extremely long (especially during busy times of year), so pre-ordering tickets online makes the process much simpler – and the nominal fee is certainly worth the time saved – though it’s probably wise not to make direct eye contact with the people in line who were not savvy enough to order their tickets in advance.

Seeing the bell itself is obviously the main reason for visiting the Liberty Bell Center, but families should definitely make sure to take the time to check out the center’s exhibits that not only tell the story of the bell and its famous crack (Spoiler Alert: Nobody recorded exactly when or why the Liberty Bell first cracked), but also illustrate how the bell made its way into both American History and pop culture.

The Museum of the American Revolution

A relatively new addition to Philadelphia is the Museum of the American Revolution, which opened in April 2017. Though the word “museum” is often the kiss of death when it comes to enticing teenagers, this one should definitely not be missed. Inside, the story of the American Revolution unfolds though a collection of Revolutionary-era weapons, personal items, documents, and works of art, as well as several immersive experiences and interactive digital elements that connect 16th-century patriots with 21st-century kids.

A particular favorite item for my teens was George Washington’s War Tent, one of the most remarkable surviving artifacts of the American Revolution.  After the war, the tent used by Washington as his headquarters on the battlefield from mid-1778 until 1783 (including during the 1781 Siege of Yorktown), undertook a pretty fascinating journey. It was first given to Martha Washington’s grandson, George Washington Parke Custis, and was kept at his estate in Virginia. It then passed to his daughter Mary Anna Custis Lee, who incidentally was the wife of Civil War General Robert E. Lee, until it was taken from her by federal troops at the start of the Civil War. Eventually returned to the Lee family about 40 years later, the tent – still in practically perfect condition – finally made its way to the museum where it is now the centerpiece of an amazing state-of-the-art mixed media presentation.

On a side note, and turning back to our friend Alexander Hamilton, from October 27, 2018 though March 17, 2019, the Museum of the American Revolution will have a special exhibit that explores Hamilton’s Philadelphia called “Hamilton Was Here: Rising Up in Revolutionary Philadelphia,” an interactive experience with scenic environments and facilitated games.

Even if teens still don’t think U.S. History is cool after visiting Philadelphia’s historic spots – though hopefully they do – they surely won’t be able to deny the cool factor at Eastern State Penitentiary. Once the most famous prison in the world, Eastern State Penitentiary’s crumbling cellblocks and empty guard towers are all that’s left of the world’s first true “penitentiary,” a prison designed to inspire penitence in the hearts of prisoners, which by the way, included one of its most famous inmates – and one of America’s most notorious criminals – Al Capone.

Thanks to Lin Manuel Miranda and his Broadway smash hit “Hamilton,” U.S. History has never been cooler. See it live in Philadelphia with your teens!

The self-guided audio tour of Eastern State Penitentiary narrated by Steve Buscemi tells the story of how – and why – the prison was constructed in the 1800s, and also includes fascinating first-person accounts recorded by former guards and prisoners who lived and worked there. The prison is also believed to be haunted, and as early as the 1940s, officers and inmates reported mysterious visions and eerie experiences inside its walls. In fact, footage captured on the second tier of Cellblock 12 by paranormal investigators during the filming for SyFy Channel’s “Ghost Hunters” is still one of the most controversial ghost sightings in history.

So, by combining your family vacation with a walk-through history, you’re not only getting some downtime, you’re also using your finely honed multi-tasking skills to educate your teens. They can see George Washington’s tent and the Liberty Bell; they can literally stand in the room where the Declaration of Independence was signed; they can possibly see a ghost of an Eastern State Penitentiary prisoner. Finally, to convince them that you’re really not all that dated and have some hip left in you too, make reservations at Zahav restaurant. It’ll be the victory meal you all deserve after your deep dive. Now, that’s a pretty cool family vacation (and might even get them an A on their next U.S. History test if they were paying attention). Win-win. 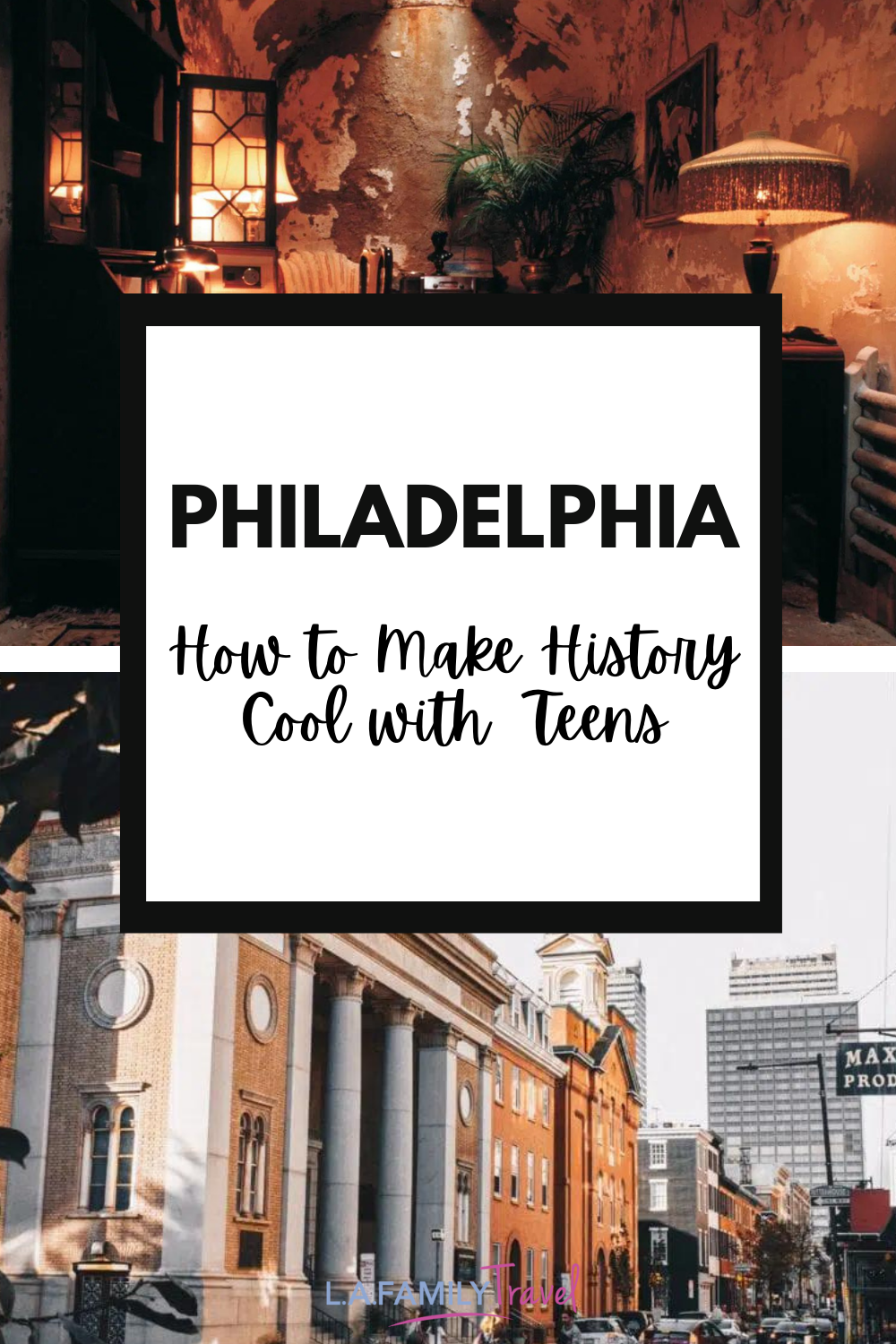