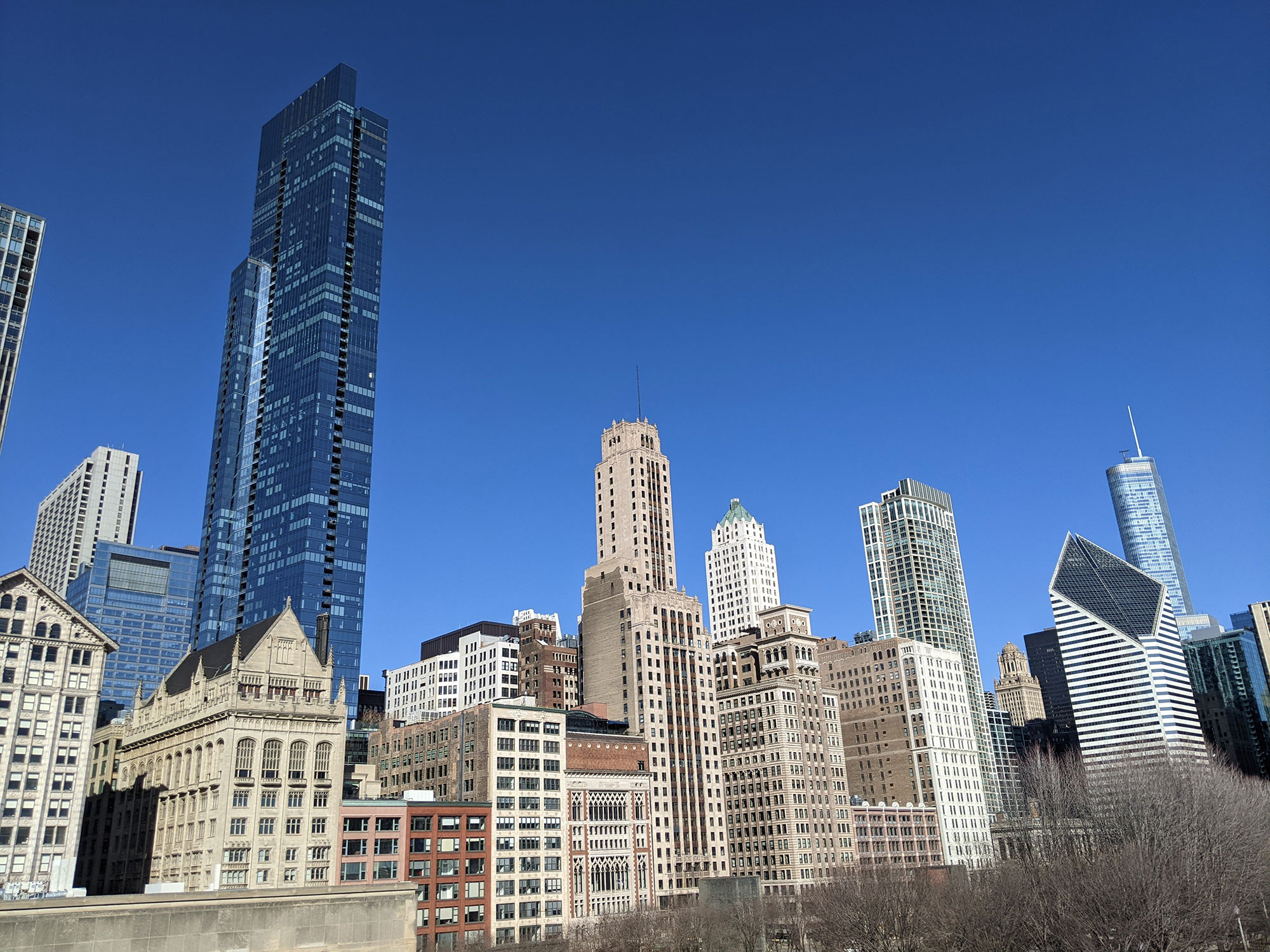 Sure, Chicago is a world-class city with a lot to offer. But for my family of Lego builders, Chicago’s architecture is a big deal. So when we recently visited the Windy City, we knew an architectural tour of Chicago would be one of the best ways to see the heart of the city.

Contents hide
1 The Chicago Architecture Center
2 The Tour
3 Our Guide
4 The Downside
5 What Ages Should Go on the Tour?
6 What Tour Should I Choose?
7 When You Go
8 What We Learned 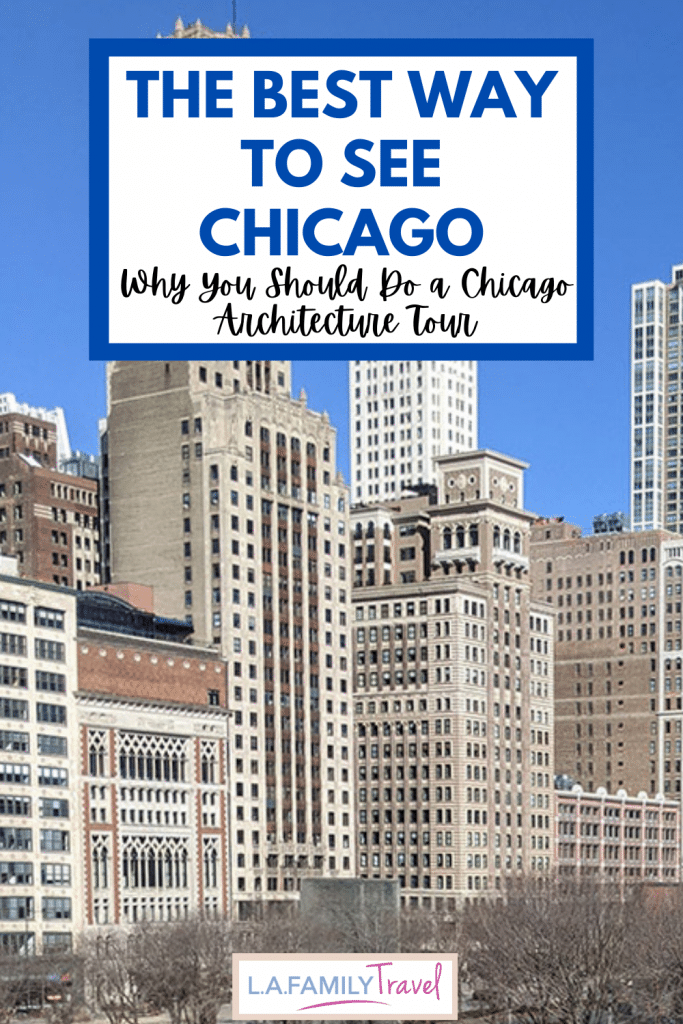 Most tours start at the Chicago Architecture Center (the CAC, formerly known as the Chicago Architecture Foundation). The center is located near the corner of Michigan Ave and E. Wacker Drive, right by the Chicago Riverwalk. I recommend making time before or after your tour to explore the exhibits in the CAC. My kids loved the scale models of the world’s notable buildings (the Burj Khalifa – the tallest structure in the world – took up two floors!). But one of the coolest parts of the center is the model of Chicago found on the lower floor. Kids can control a special lighting system that allows them to highlight the size of the city at different points throughout history. And while we were there, a Chicago Architecture Center docent used a laser pointer to show us our hotel on the model.

Pro-Tip: The CAC is across the street from a Fannie May Chocolates store. With candy, ice cream, cookies, and drinks, the shop is a great place to grab a snack before or after your tour. 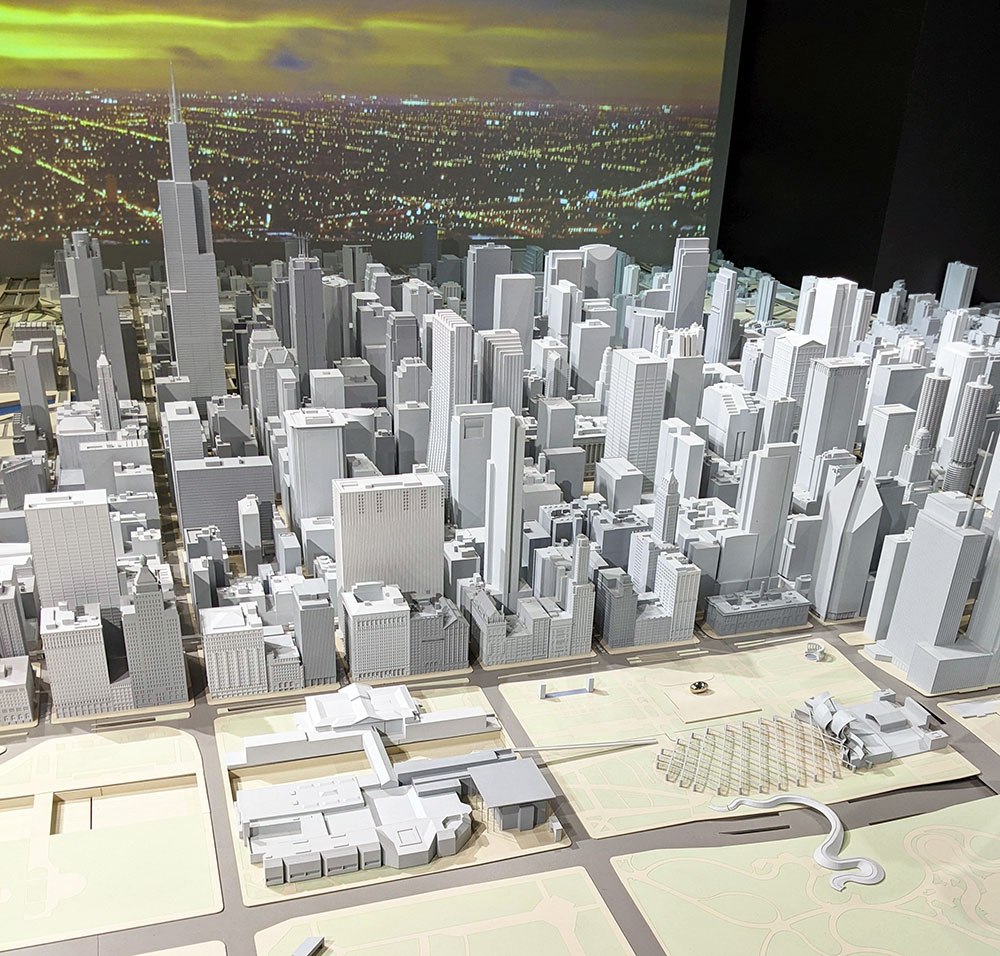 The scale model of Chicago on the lower floor of the Chicago Architecture Center fascinated my kids. Photo by Christy Nicholson.

Our particular tour was Chicago Architecture: A Walk Through Time, which focused on the development of the city. Our expert guide gave us an overview of Chicago’s history. She began with the Native American tribes who originally inhabited the land and moved through the settlement of European immigrants and – of course – the Great Chicago Fire. One of the most fascinating parts of the tour for me was when we saw the iron faćade on the Page Brothers Building and learned that, during the fire, iron had melted off of similar buildings and run down the street.

Don’t Miss! A Local’s Guide to the 11 Best Kid-Friendly Things to Do in Chicago

We also learned about different American architecture styles throughout history and how we could see them in each building we passed. Buildings I had previously dismissed as boring glass and steel structures took on new interest as I learned about the architects behind them, like Ludwig Mies van der Rohe and Louis Sullivan. (But my heart always belongs to the extravagant details on Art Deco buildings.) 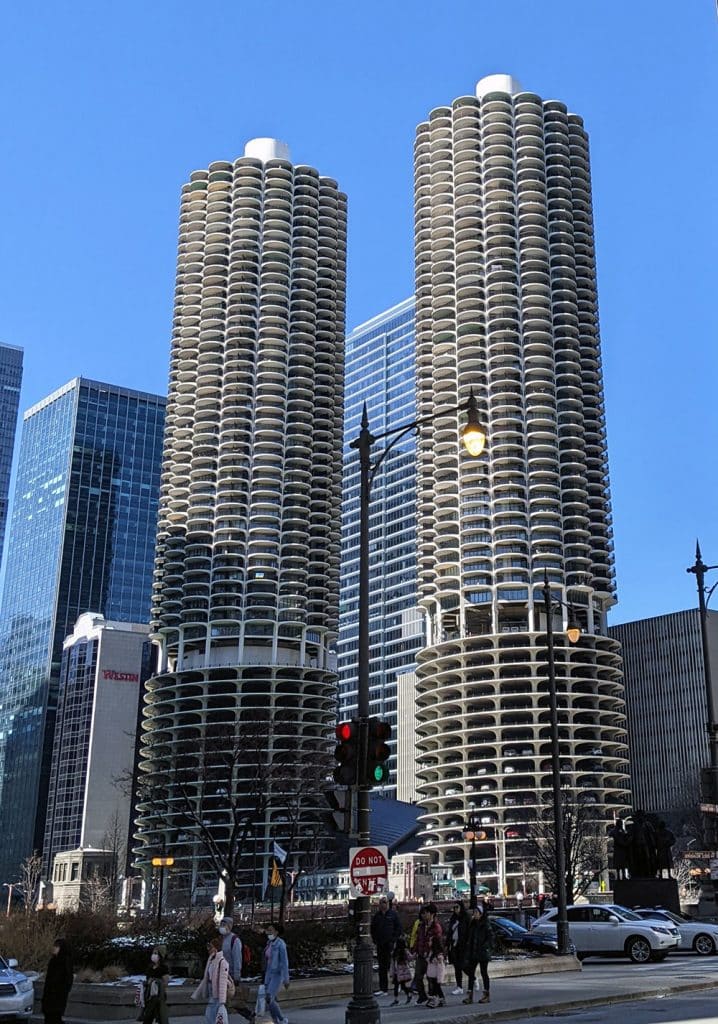 I loved seeing the Marina City towers in person. On every block of the architectural walking tour, we saw countless iconic buildings and fascinating details. Photo by Christy Nicholson.

One of the highlights of our tour was our knowledgeable tour guide. She welcomed everyone’s questions and answered them thoughtfully. I was amazed at her breadth of knowledge about architecture and the city’s history. As it turns out, her family has been in Chicago for generations and actually lost their homes during the city’s 1871 fire.

My kids were the youngest people on the tour, and our guide took a few moments to check in with them specifically and see if they had any questions they wanted to ask. 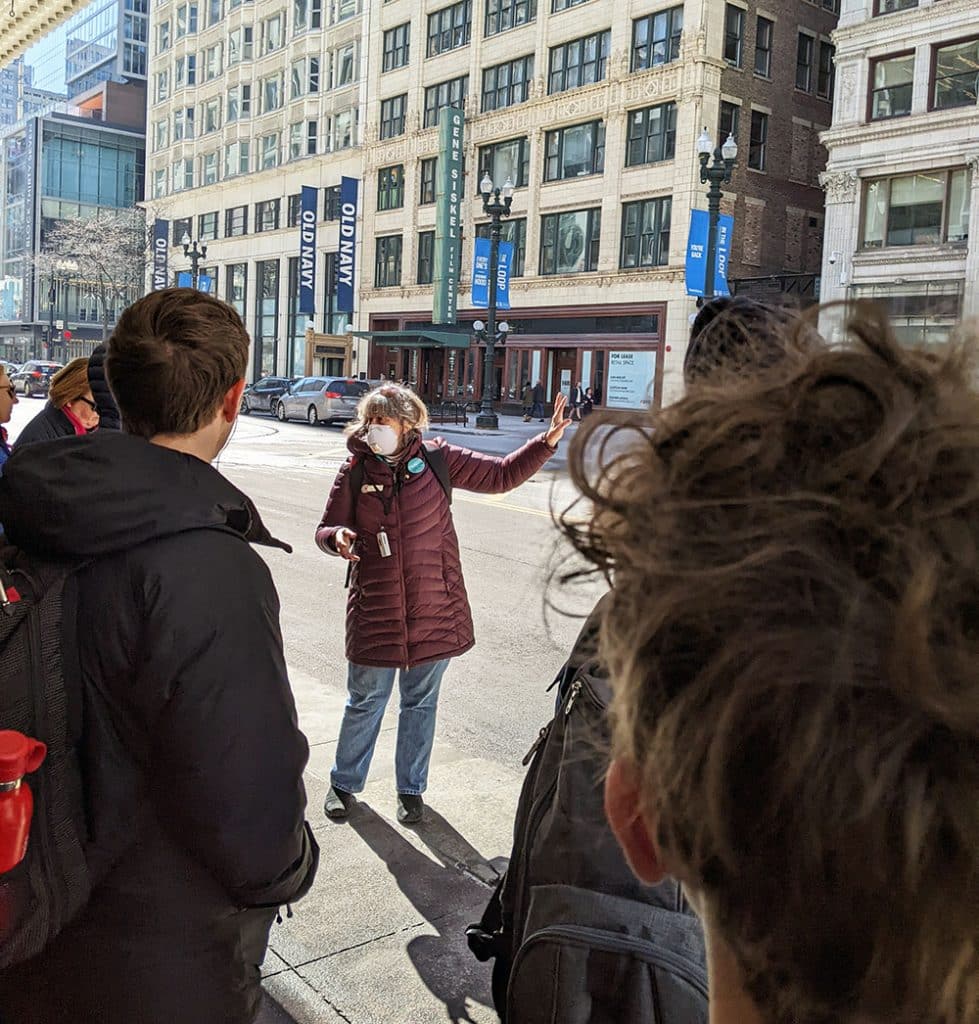 Our guide knew the answer to every single question our group asked. Photo by Christy Nicholson.

The negative part of the tour was the audio devices we were given. Our guide had a microphone that broadcast directly to our portable receivers, and the CAC gave us headphones so we could hear the tour above the noise and bustle of the city. However, the headphones and devices were of poor quality and cut out frequently due to shorts. We found ourselves wiggling cords and headphone jacks to make them work consistently. My youngest son ended up sharing headphones with my husband for most of the tour. 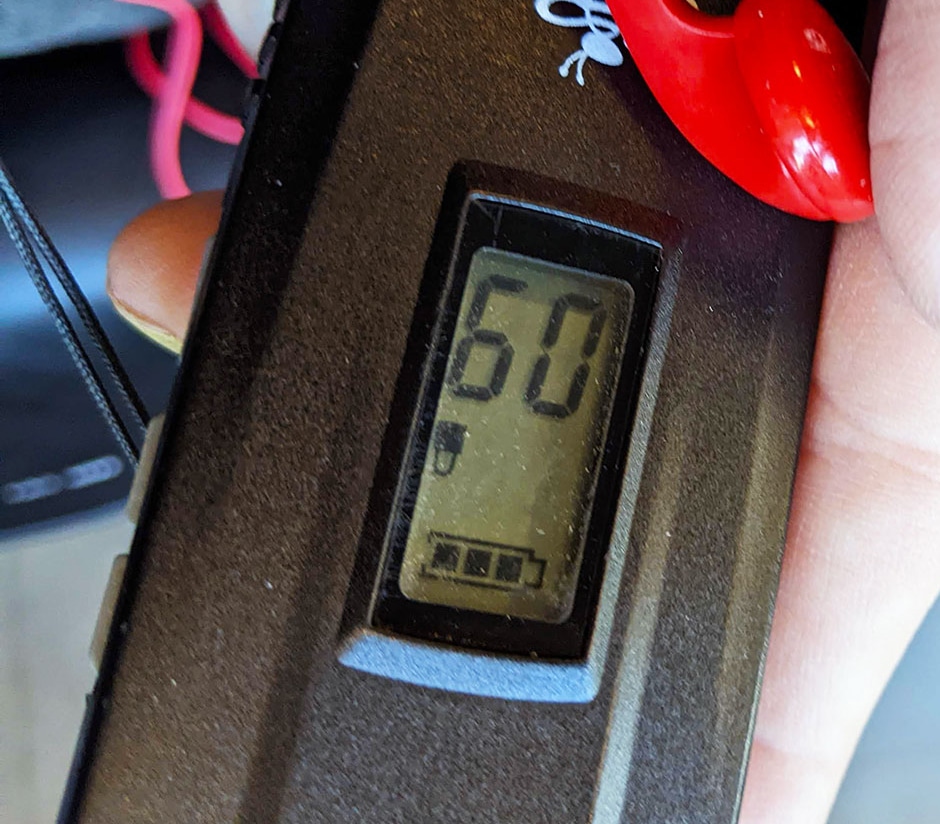 These listening devices definitely had room for improvement. Photo by Christy Nicholson.

What Ages Should Go on the Tour?

I recommend the walking tours for ages 10 and up. Due to the size of the tour group and the pace of the tour, it is not a stroller-friendly experience. Younger children may have trouble keeping up as the group walks around the city for an hour and a half. We had to dash through crosswalks frequently, and my 11-year-old definitely complained about sore feet towards the end (although he later said he wished the tour had been even longer).

The best option for families with younger children is to book a private experience, which can accommodate many people in the same group. These tours pack information into a shorter period of time and are a great way to ensure a kid-friendly adventure. 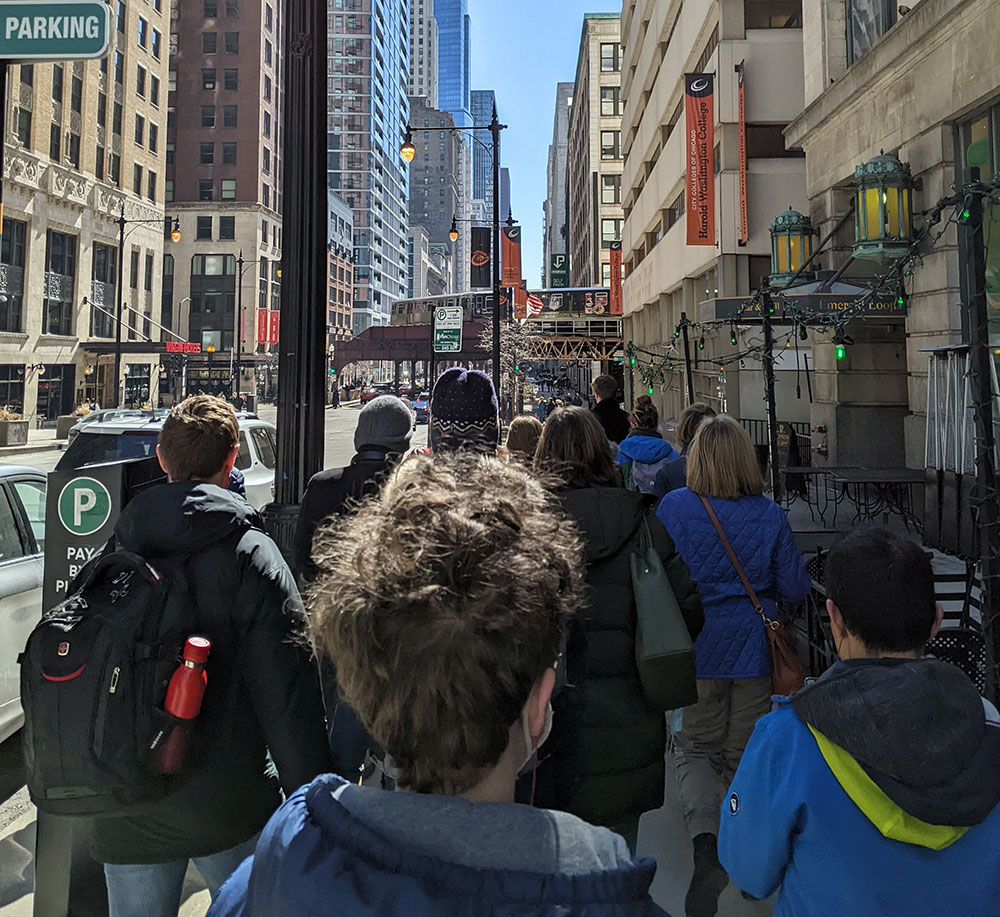 The large size of the group and quick pace of the tour means this experience is best for older children. Photo by Christy Nicholson.

Here’s everything you need to know when you visit Chicago to decide on an architecture tour. It’s the best way to see the heart of the city.

What Tour Should I Choose?

We were really hoping to try one of the Chicago Architecture shoreline tours, but we visited early in the year before the river cruises opened. The cruise – a 90-minute tour on a boat charmingly named Chicago’s First Lady – sounds amazing for anyone interested in architecture, but I especially would recommend it for someone with mobility or accessibility concerns. You’ll see over 50 buildings, including the Navy Pier, the Wrigley Building, Willis Tower, Tribune Tower, the Lyric Opera, and Marina City. Seating is general admission, and there is a full-service bar.

The CAC offers tours for almost every interest. These are just a few of the highlights:

Other tours focus on the Magnificent Mile, Chicago’s historic suburbs, the newer additions to the city skyline, and even a historic cemetery on the banks of Lake Michigan. 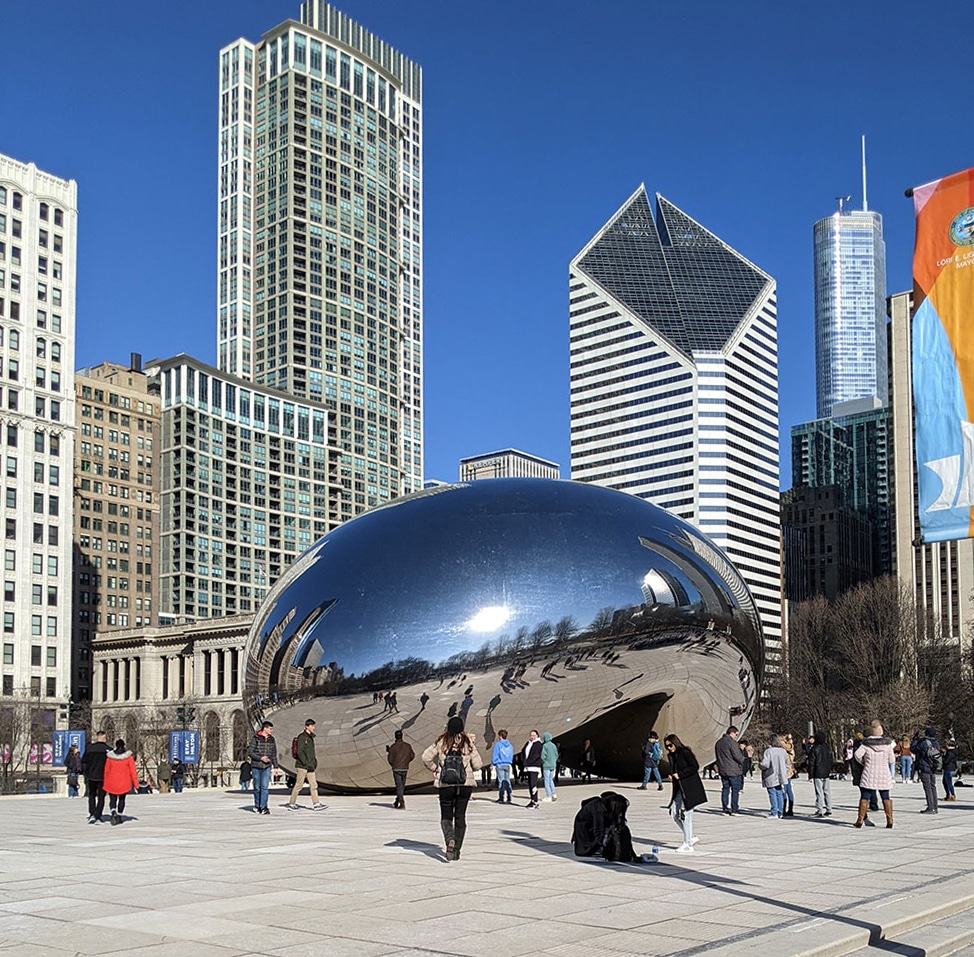 Want to know the story behind the Bean in Millennium Park? There’s a tour for that. Photo by Christy Nicholson.

Advance reservations are required for each tour (and are a great way to make sure your desired tour options don’t sell out).

For an extra special experience, stay in one of the buildings featured in your tour. Contact the architecture center to find out more about your itinerary and whether it includes a hotel.

Pro-Tip: If you visit Chicago often or want to take more than one tour, consider becoming a member of the Chicago Architecture Center. You’ll then be able to take any of their standard walking tours for free!

We took the architecture tour on our first full day in Chicago, and we found that it changed our perspective in a way that affected the rest of the visit. We knew about famous landmarks like Willis Tower, which was the world’s tallest building at the time of its completion and is still the third tallest building in the United States (it’s pronounced “Sears Tower” according to our tour guide). But the knowledge gained about other significant buildings made us take a closer look at every place we passed and appreciate the details. We also ended up making room in our itinerary to stop by several buildings we had heard about from the expert docents and guides at the architecture center, like Tribune Tower and the Chicago Cultural Center. 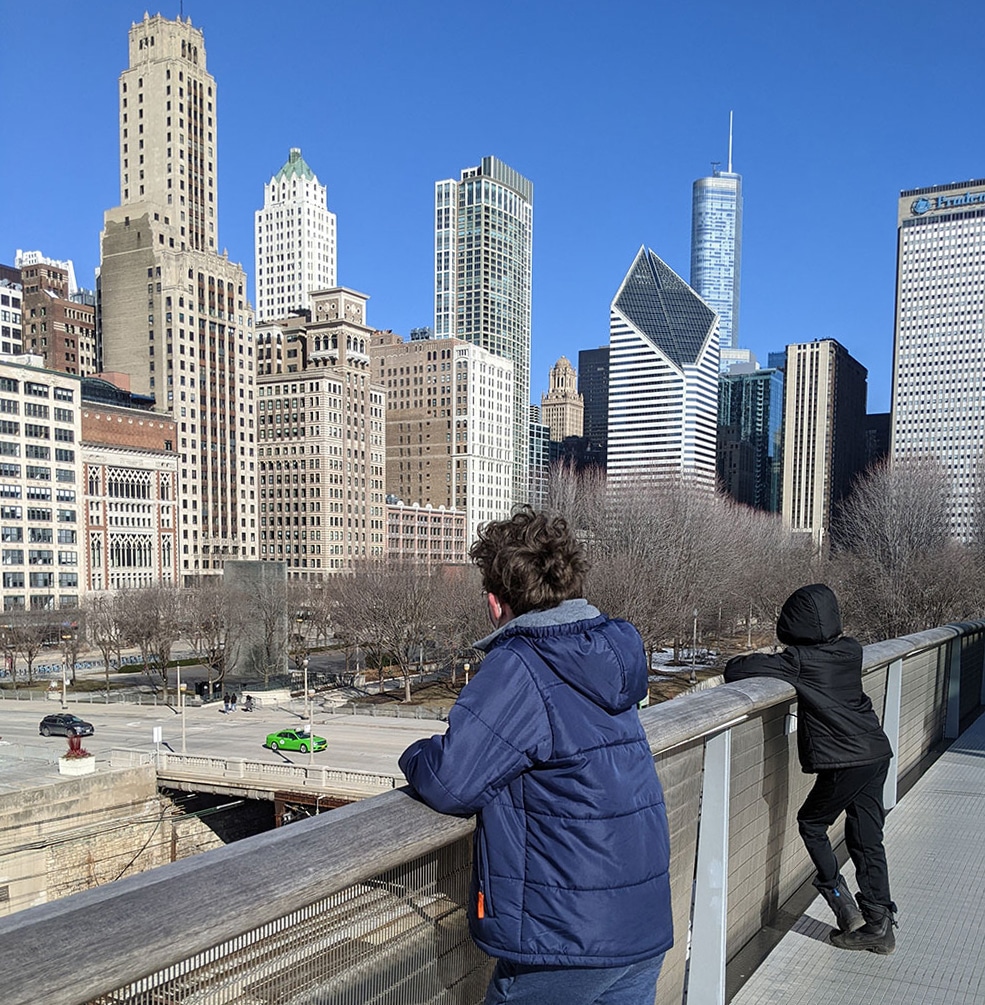 The architecture tour gave us a perspective of the city that we carried with us throughout the week. Photo by Christy Nicholson.

There’s no better way to jump into your visit to Chicago than with a Chicago architecture walking tour. You’ll learn interesting facts about the city, find architectural gems, and see some of the best views in town. 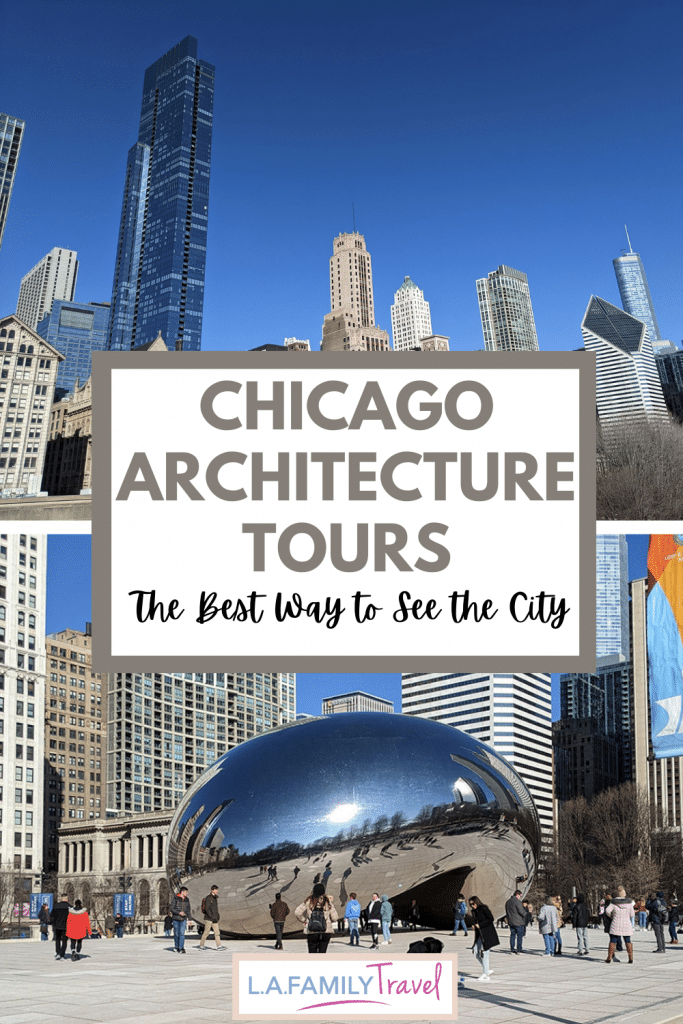