Fall in the San Francisco Bay Area: Best Things to Do with Kids 2022 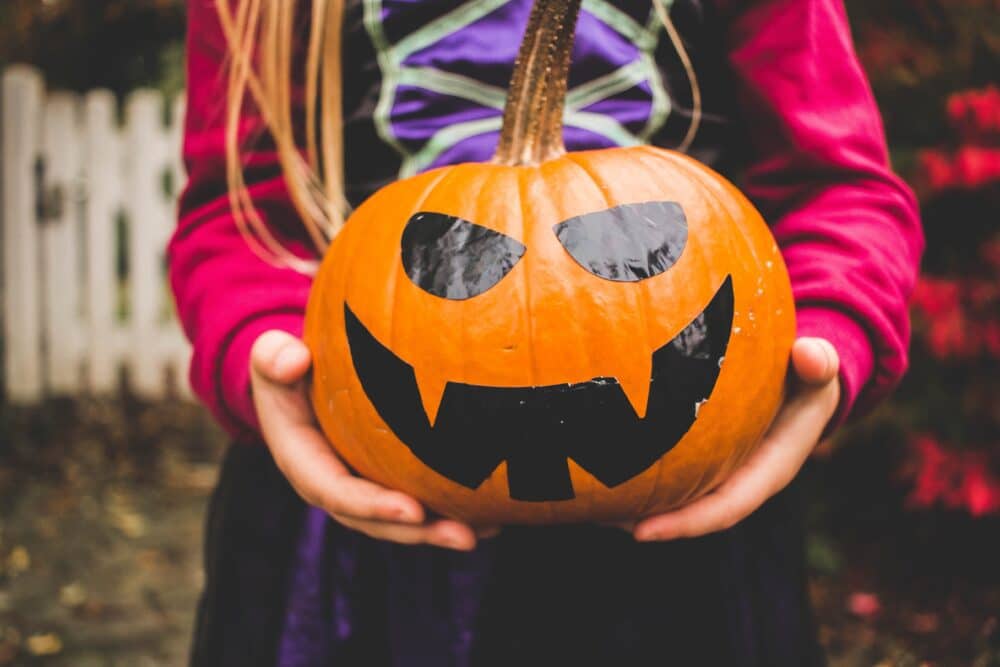 As the leaves start changing color and the days get chilly, I know I can breathe a bit easier. The kids have adjusted to the new school year. The scorching hot summer days are behind us. Fall is always the perfect temperature, plus all of the spooky shenanigans and fun things it entails!

Our fall routine has always been pretty typical: pumpkin patch, trick-or-treating, and a party at the kid’s school. My daughter is ten now, and I’m aware that soon she’ll be “too cool” for us and will want to do more with her friends. So my husband and I are going to savor her enthusiasm while we still can. This year, we’re planning on doing two or three fall activities in the San Francisco area too. Here are the eight top attractions I’ve had my eye on. They’re great for kids of all ages and give us a chance to road trip to the East Bay and beyond. Your family can also make a fun day or two (or eight!) out of these fall celebrations near the San Francisco Bay Area.

NO TIME TO ENJOY THIS ARTICLE NOW? PIN OR BOOKMARK IT FOR LATER! 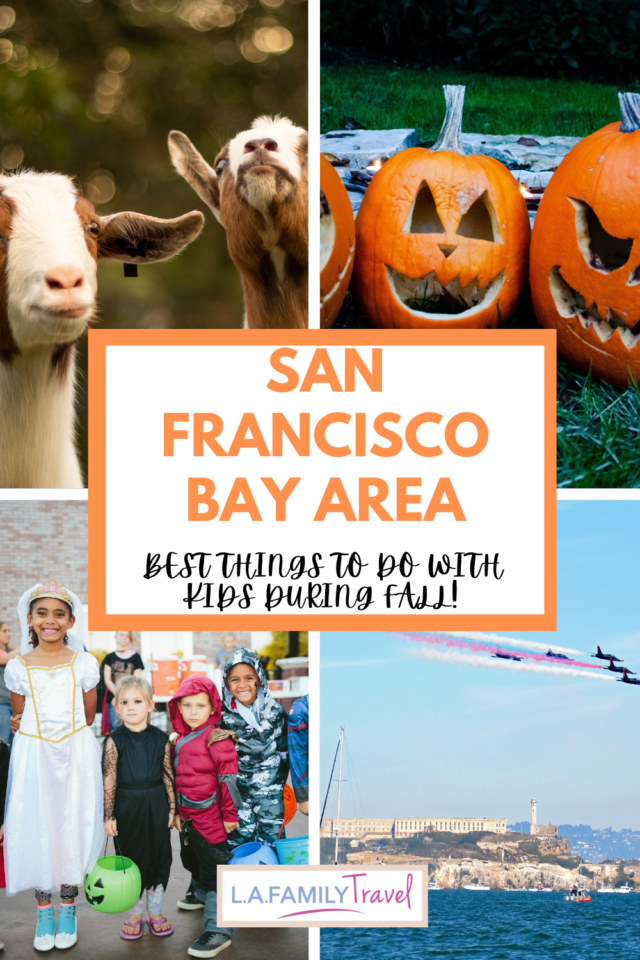 Boo at the Zoo (Oakland)

Did somebody say scavenger hunt? If your kids are anything like mine, scavenger hunts are guaranteed to get them off of their devices and out into the real world. We’ve done a few around town with friends and through my daughter’s Girl Scout troop. But Boo at the Zoo puts a Halloween spin on things.

Not only do kids get to look for hidden trick-or-treating animals, they also receive goodie bags! I think this is a cute idea because it gives kids two things to look forward to: adorable creatures and each others’ different outfits. Plus, there’s a costume contest! (I’m not going to lie, I wish I were still a kid so I could partake in this one myself!) The website has all of the info on dates and how to reserve your tickets. 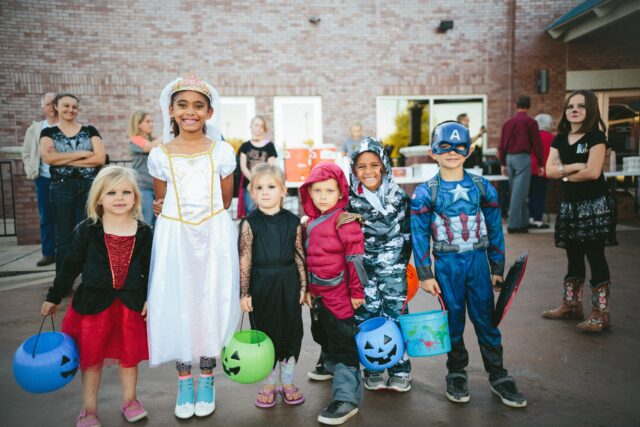 Cheesin’ for spooky season! Photo by Conner Baker on Unsplash.

My best friend from college lives in South San Francisco, and her kids are around the same age as mine. We’ve hiked around San Mateo’s Coyote Point Recreation Area a couple of times but haven’t had the chance to pop into CuriOdyssey. This is a small zoo and science playground, and every October they put on Pumpkin Days, a Halloween-themed family festival.

What I love about this celebration is the Halloween-inspired science experiments. I’m always looking to get my kids more excited about the STEM fields, so interactive activities like these are perfect. Pumpkin Days also offers a pumpkin patch, a great place where kids can pick out a gourd of their choice. We’ve visited the same few pumpkin patches the last several years, so introducing the kids to a new one will be exciting. The CuriOdyssey website has more specifics regarding Pumpkin Days. 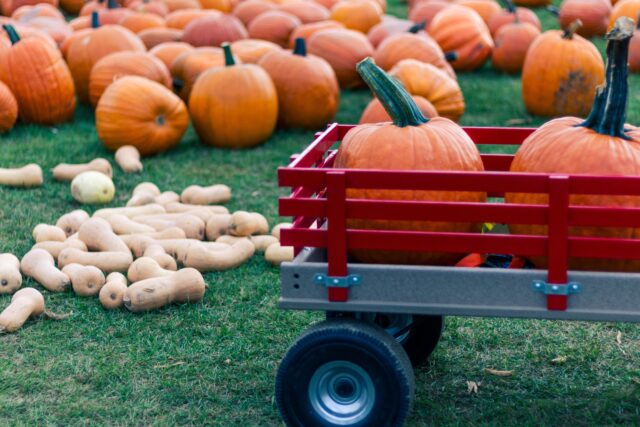 It’s always a gourd time when there’s a pumpkin patch involved. Photo by Gerda on Unsplash.

I know, I know … When “Gilroy” comes to mind, you’re likely thinking of garlic. And while the city is known for the pungent herb, it’s also home to an underrated amusement park: Gilroy Gardens. From our experience, it’s one of the best places for younger kids. We took ours here when they were little, and it didn’t have the crowds or long lines of more popular theme parks. Thanks to the smaller scale, the kiddos weren’t as cranky throughout the day (and neither were we)! Plus, they have these extraordinary gardens that look like they’ve been replicated from a fairytale or a Dr. Seuss book.

Throughout October, they transform the theme park into “Boo Alley,” a spookier version of the daytime park. While specifics haven’t been released yet, the website has the schedule for when festivities will be taking place.

Chances are you have heard of Great America. But did you know that this theme park has a pee-your-pants terrifying Halloween setup? I sure didn’t. They put on a Halloween Haunt from the end of September until October 31st, and just the sound of it makes me bite my nails. Killer Clown Town? Scare mazes? Voodoo dance party? My son is eight, so I might hold off on this one for a year or two. But if you have older children, this may appeal to them. Lots of fun things (albeit frightening) happening here!

According to the website, it’s got the best Halloween things to do in the Bay Area. Be sure to grab your tickets well beforehand! 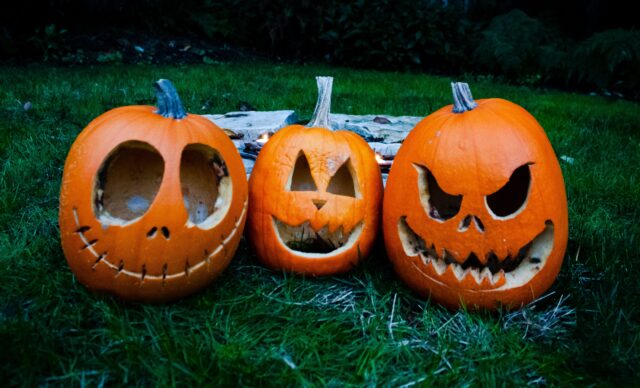 When I’d visit my aunt on the Florida panhandle as a kid, we’d watch the U.S. Navy Blue Angels put on a show at the beach. It was mesmerizing. So when I found out about San Francisco Fleet Week, I was hit with nostalgia. From October 3-11, there will be an Air Show, as well as other events like Fleet Fest and a concert.

Fleet Week is a great time to show gratitude for those serving our country and a way to help my kids learn to honor those who’ve made the ultimate sacrifice. It’s an activity the whole family can enjoy and appreciate. 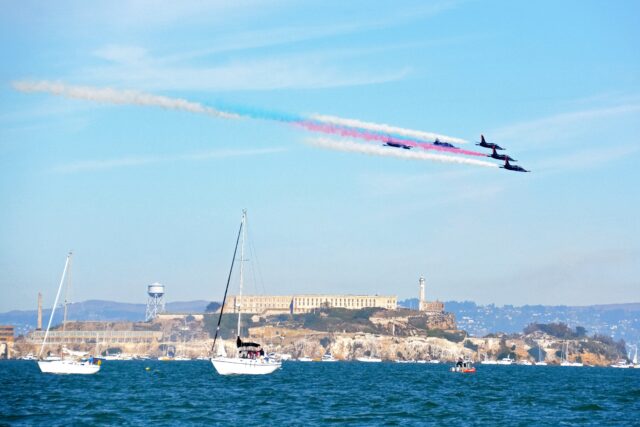 Remarkable isn’t it?! Photo by Jeremy Bezanger on Unsplash.

Goat Yoga. Need I say more? I don’t think there’s any place in the United States that captures the fall spirit as Lemos Farm does. There are so many great things to do here: pony rides, a giant inflatable slide, goat yoga, and a petting zoo. Of course, they have the typical things like a pumpkin patch and a haunted house, too. We aren’t avid yogis, but if goats are involved, we won’t let the opportunity pass us!

Lemos Farm would make a great partial-day excursion, with a full-day trip to nearby Half Moon Bay afterward. I like that it’s nestled away from the Bay Area commotion, too. 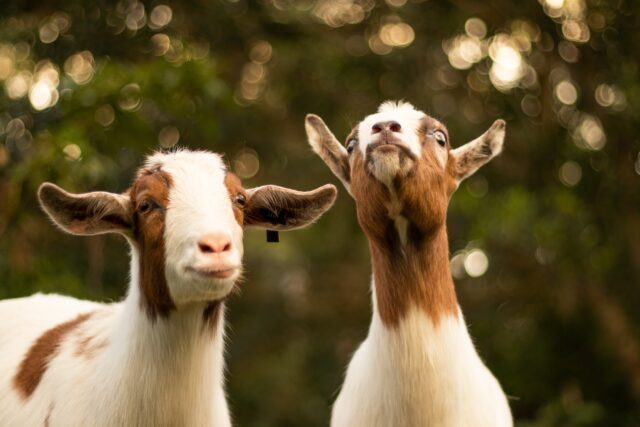 Say hello to your new yoga buddies! Photo by BAILEY MAHON on Unsplash.

Downtown San Francisco always surprises me. Just when I thought I’d seen everything and checked out the best things going on, something new pops up. Most recently, I discovered Yerba Buena Gardens. And I found out that they put on a  Halloween Hoopla for kids under 10. It’s a costume party and concert rolled into one on the day before Halloween.

This would be a great activity to pop into if you happen to be downtown or have some free time between other festivities. If your kids are on the cusp of adolescence like mine, bring them to live music events like these while you still can! (There’s a Grammy-nominated group performing at Halloween Hoopla, which is pretty neat!)

DON’T MISS! A Spooktacular Howl-O-Ween at the Great Wolf Lodge

If you’ve been eager to see sides of the Bay Area that go beyond tourist hotspots, these events and fall-themed festivals are perfect.

I’ve never had a natural affinity for running. It’s only something I do if there’s a donut or nap waiting for me at the end. My kids, however, take after my husband and enjoy torturing themselves. And since they’re a little older now, they’ve expressed interest in doing a 5k or 10k one day. Until then, I’m savoring the moments where they stand on the sidelines with me as we cheer for dad and his buddies.

My husband suggested this year that we go to the SF Turkey Trot. He’s planning on doing the 5-mile race, and my little ones will do the Kids Gobbler Chase, a 100-meter race. It’s at Golden Gate Park, so even if you end up in the role of cheerleader like me, there are worse places to spend Thanksgiving morning. You can pop into the park’s serene Japanese Tea Garden or the California Academy of Sciences afterward. Maybe even dip your toes into the Pacific Ocean at Ocean Beach!

Fall promises fun events, plenty of smiles, and all sorts of pumpkin-related goodies. I love that it gives my kids the chance to be more creative and have something to look forward to as the days get shorter.  If, like us, you’ve been eager to see sides of the Bay Area that go beyond tourist hotspots like the Golden Gate Bridge, Mission District, and Alcatraz Island, these events and fall-themed festivals are the perfect chance to see a new side to the Bay.

Getting to San Francisco From LA

San Francisco has two conveniently placed airports that can both be reached from downtown in about 30 minutes. The closer of the two is SFO, which is in the south of the city and is more convenient for those traveling from farther away. The second is the Oakland Airport, which is situated just across the Bay Bridge. Oakland offers some excellent deals among local airports, including from Burbank. United, Alaska, American, Southwest, Delta, and JetBlue all have non-stop flights that take a bit over an hour.

Start your research for flights with exclusive discounts from Scott’s Cheap Flights. Try out their free 7-day membership to see if you save money on flights. There’s no need to buy a membership (you’ll still have access to good deals).

Another excellent discount site for flights (and hotels) is Expedia!

San Francisco is also reachable from Los Angeles by car. The drive takes about six hours overall and affords some of the best views of the California coastline.

Where To Stay In San Francisco

Make it a staycation if you’re a local or head over to the Bay Area if you’re from Los Angeles or around. Our favorite places to stay in the area are in San Francisco: the Hotel Zephyr which is centrally located with a 5-minute walk to Fisherman’s Wharf and all the tours and entertainment options available year-round for families. Inside, the Hotel Zephyr’s outdoor courtyard takes conservation to a whole new level. Recycled concrete storm drains house a ping pong court. There is a firepit made of recycled crates, a vintage travel trailer serving coffee, a shuffleboard court, and a Connect-Four set made for the Jolly Green Giant. The TownPlace Suites by Marriott in Foster City/San Mateo is excellent. It’s about halfway between Great America and Half Moon Bay, plus VERY close to CuriOdyssey. Pet-friendly, too. In Oakland, Hampton-Inn Oakland Downtown-City Center is a great choice. It’s near the best ethnic food and walkable to Lake Merritt.

DID YOU ENJOY THIS ARTICLE? PLEASE CONSIDER SHARING OR PINNING IT! 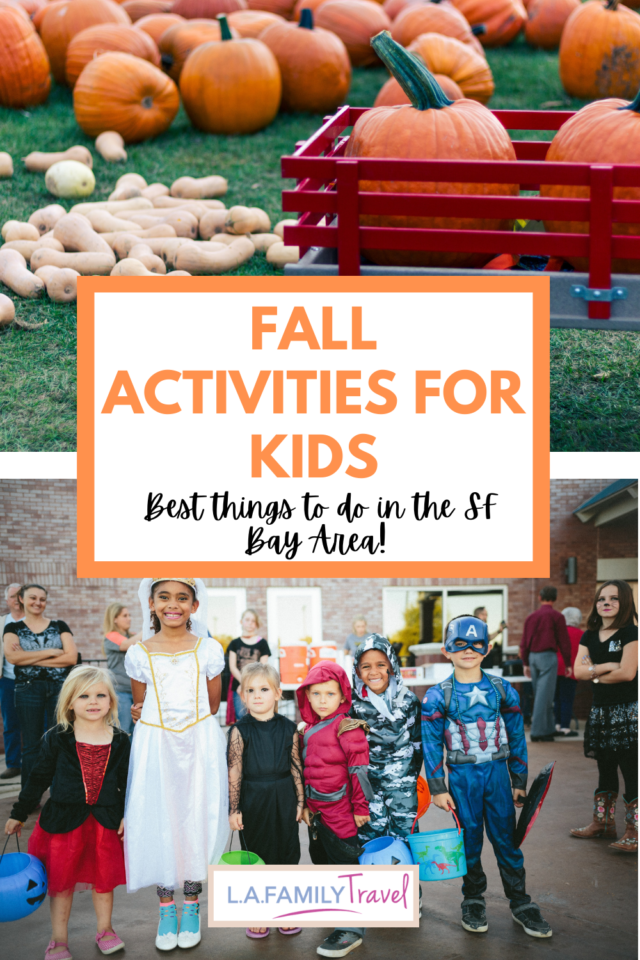 Brina Patel is a freelance writer from Northern California. She holds a BA in Psychology from UC Santa Barbara and worked as a behavior therapist for children on the autism spectrum prior to pursuing a writing career. Her wanderlust was sparked when she studied abroad in London during her junior year of college. Travel has become a non-negotiable part of her life ever since. When she isn’t writing or adventuring, she enjoys reading, painting, and running around with her little ones.